To help you out, we have curated a list of the Schnoodle rescues that you can reach out to. These rescues take the utmost care to ensure they rehabilitate Schnoodles with the best medical care possible before placing them in their forever homes.

We will preface this article by saying that it is relatively difficult to rescue or adopt a Schnoodle. In general, doodle dogs are in extremely high demand because of their cute looks, hypoallergenic features, and nonshedding coat. You will have to regularly check with each dog rescue if you want to have a chance at adopting a Schnoodle. 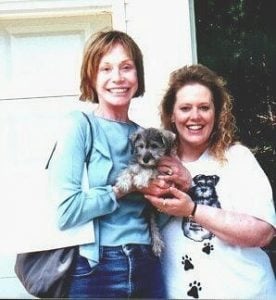 New Jersey Schnauzer Rescue Network began in 1997 with a Schnauzer named Fritz. When Fritz’s owner passed away, Fritz was left chained to a dog house for three years in the hot Texas sun. Fritz’s case was posted by a good Samaritan on The Hoffin List, an online group, and within hours the Schnauzer was rescued by Nadine and Lisa, the rescue’s co-founders.

Fritz was rehabilitated and rehomed with the rescue’s 3rd member, Sherri, where he lived a full life and was loved until he passed away.

Fritz was the first successful case for New Jersey Schnauzer Rescue and not the last. Over the past 2 decades, the Schnauzer and Schnoodle rescue has grown into an alliance and rescued more than 2,000 Schnauzer and Schnauzer mixes. They are recognized by the American Miniature Schnauzer Club’s rescue program and adhere to all rescue guidelines.

New Jersey Schnauzer Rescue is not a shelter. Therefore, all their rescues are fostered by their network of volunteers. In addition, many of their Schnoodle rescues are usually adult males. A few puppies do turn up, but it is not common and they are usually adopted out quickly.

The average adoption time varies according to what kind of Schnoodle you’re looking for. If you have very specific requirements, it will take more time. 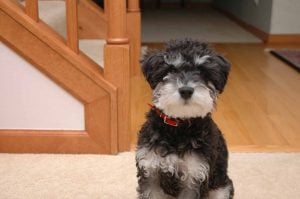 Maple Creek Rescue specializes in saving the lives of Miniature Schnauzers and Schnauzer mixes like the Schnoodle. They are an all-volunteer and donation-sponsored rescue. In addition, they don’t own any facility or shelter. All their dogs are fostered by volunteers in the greater Vancouver, Washington, and Portland area until they leave for their lifetime homes.

Many of their dogs come from owners who surrender their Schnauzers or Schnoodles for a variety of reasons like barking, death of the owner, or financial issues. The average wait time depends on the type of Schnoodle you want. Generally, their Schnoodles have a long waiting list so they are snapped up as soon as they are rehabilitated.

All their Schnoodles come with up-to-date vaccinations and are spayed/neutered. Maple Creek Rescue usually asks for an adoption fee similar to the rescues on this list to offset a portion of the costs that go into rehabilitating the Schnoodle.

Maple Creek Rescue only places their dogs in the Oregon, Idaho, and Washington areas. 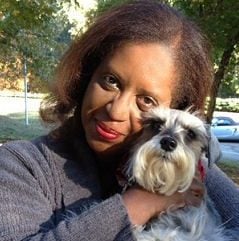 Schnauzer Love Rescue is a volunteer organization that rescues, rehabilitates, and re-homes Schnauzer and Schnauzer mixes. They rely on their large volunteer network to foster every rescue that comes into their care.

Most of the Schnoodles in their care come from very tough situations. These are Schnoodles who were in high-kill shelters, homeless, and puppy mills. Schnauzer Love Rescue gives them a second chance at life by taking care of all their needs and medical expenses as they wait for their forever home.

These Schnoodle rescue dogs are brought up to date on their shots, checked for worms, undergo heartworm testing, and spayed/neutered. The waiting list for Schnoodles is quite long as they are a popular breed. 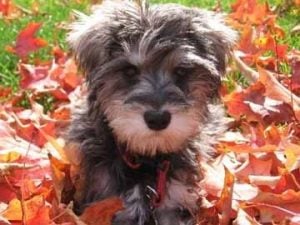 Schnauzer Rescue of the Mid-Atlantic helps Miniature Schnauzers and Schnauzer mixes in need and places them into hand-picked homes. They don’t have a central facility or a kennel. All their dogs are placed in loving homes across the Mid-Atlantic Region as they wait for a match with their forever families.

Most of their rescue Schnoodles are over 3 years old with a majority over 5 year old. The Schnoodles are generally housetrained, socialized, and ready to be a family member. In addition, the adopted Schnoodles are kept current on all vaccinations and spayed/neutered. If additional medical services are needed, the rescue goes over and above to help these dogs.

The adoption process can take as little or as long as several months. Generally, a dog is adopted within 2-3 weeks.

Sheree’s Dog Rescue is a volunteer organization that rescues small Schnauzer and Schnauzer mixes. Schnoodles are fostered in their foster network and cared for until they can find a forever home.

All adopted Schnoodles are vetted, spayed or neutered, updated on shots, heartworm treated, and micro-chipped.  The Schnoodles also receive leash training, potty training and are socialized to ensure they can quickly adjust to their lifetime homes.

If you’re looking for a medium or large Schnoodle, this may not be the rescue for you as they primarily focus on smaller sized dogs.

Sheree’s Dog Rescue is in Texas and allows out-of-state adoptions They only offer ground transportation. If you are in New Hampshire, you will need to drive to the neighboring state to get your Schnoodle.  If you reside in Massachusetts, you will need to go through another rescue group in your state due to the state’s quarantining regulations.

What You Need to Know Before Adopting a Schnoodle 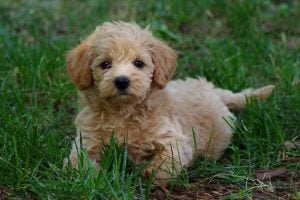 Adopting a Schnoodle without knowing their background can be scary and unnerving. It doesn’t need to be though. When adopting from a rescue organization, it is crucial to learn as much as possible about the Schnoodle you want to adopt.

To learn the right information, asking the right questions is a step in the right direction. Here are some of the things you can ask to get a full picture of the kind of Schnoodle you are adopting. Keep in mind that rescues work with what they have.

The Circumstances Surrounding the Schnoodle’s rescue 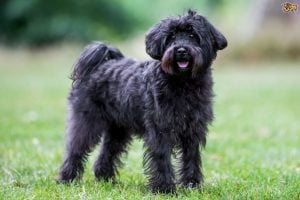 Every rescue dog has a story whether they were found on the street, in a shelter, in a puppy mill, or even surrendered by their owner. Ask the rescue to paint the picture about how the dog was rescued, how long they have been in the rescue program, how receptive the dog is to being touched, and how he sleeps through the night.

A rescued Schnoodle may or may not have medical issues. Generally, when Schnoodles are rescued, the rescue checks their health and brings them up-to-date on all vaccinations. If there are any additional medical issues, the rescue does take care of them. However, some Schnoodle may have long-term health issues that take a little bit longer to cure.

During your meet and greet, check the Schnoodle’s ears and eyes. The eyes should be free of discharge and the ears clean.

The Schnoodle’s Level of Training 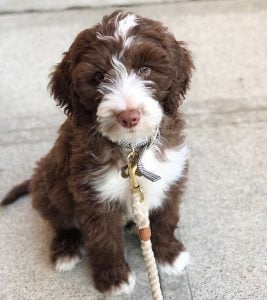 Conclusion for Rescue Schnoodles for Adoption

Schnoodles are a rare and popular breed in rescue organizations across the United States. Please consider that it can take several months before a Schnoodle becomes available for adoption through your chosen rescue organization. As soon as you’ve decided to adopt a Schnoodle, contact a rescue as soon as possible and book a spot on their waiting list.