If you’re searching for the best French Bulldog rescues in Florida, then you’ve come to the right place. French Bulldogs have risen in popularity as a dog breed in the United States for several years. In the city especially, they’re chosen for their small size, cuteness, and loving personalities. However, they’re also surrendered to rescue shelters at a decent rate because their owners run into problems.

They can’t always live with their initial placement, resulting in shelter rescues doing their job and rehoming them. Non-profit organizations in Florida help place these special critters with loving forever families in homes. The following research-based list offers insight into how they operate, which one is best for you, and how to connect with them right now.

The French Bulldog is a popular choice, especially in cities like Miami and Jacksonville that are densely populated. Growing fast in popularity, you might be interested in adopting one that’s not necessarily a puppy. These are the top five to adopt from in Florida if you’re looking for a Frenchie-specific organization. Each entry includes phone numbers and email addresses for the leaders of each organization. You can find out more information on their websites, including opportunities to support these special volunteer groups and their charities. 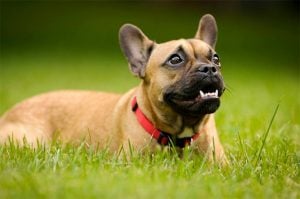 Therefore, this non-profit rescue shelter offers education and training for dogs to better interact with their furry and human friends. The FBRN is always in need of volunteers with varying responsibilities. After vetting volunteers by doing background research on their pet-care responsibilities in the past, volunteers can assist with caring for animals and screening new homes. However, many other ways to support this organization include through their ink cartridge recycling program and eBay auction donations. 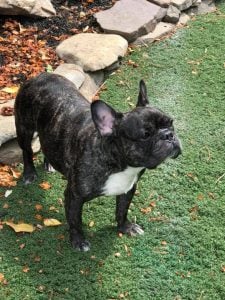 The French Bulldog Village may be located in the Mid-Atlantic, but its services throughout the United States. Their website currently features on its front-page dogs from the South and in Florida. What makes the French Bulldog Village so special? They pride themselves on recognizing that it truly takes a village to raise an animal as special as a Frenchie. Therefore, they offer training services, other programs, and information to ensure owners keep their pets whenever possible.

A 501©(3) non-profit, the French Bulldog Village works with other rescue groups by providing many in the U.S. Also, they work with all French Bulldog mixes and rehabilitate hurt or emotionally injured dogs, according to their informative website. This rescue states that they assist with ‘100%’ of the care and rehabilitation each dog needs, ensuring their success and happiness in the future. 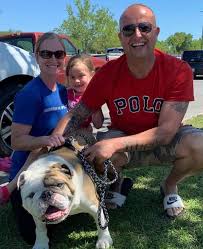 Many dogs are a mixture of different bulldog breeds, especially ones as closely related as English and French Bulldogs. Like many others on this list, this organization is dedicated to uplifting animals experiencing abuse, neglect, or other maltreatment patterns.

Rescue Me represents a large network of rescues in this country. It’s based in the South, thus allowing for a large number of adoptable pets in Florida. To adopt and rescue a French Bulldog, follow the link below to meet Del, a 5-year-old Frenchie rescue weighing 28 pounds. Florida French Bulldog Rescue is an excellent option for adopting a French Bulldog in Florida.

To support the Rescue Me network, you can foster or volunteer your time or professional services. With many dogs located across the South, if you’re willing to search, you can almost certainly find a dog that’s right for you and your family. Neutering, spaying, and rehabilitation are widespread, especially in their flagship shelter in the state of Georgia. 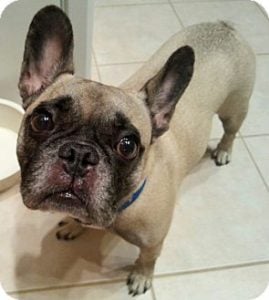 Last on the list of the best French Bulldog Rescues in Florida is “French Bulldog adopt-A-Pet of Orlando, Florida.” To rescue a French Bulldog puppy or adult dog, you don’t have to go through a local group. There are many nationwide programs for rescuing and adopting French Bulldogs that you can support instead. Adopt-A-Pet is one such option, with a convenient website for finding the dog of your dreams. Often, users will search for the exact breed or mix they’re looking for. In this case,

French Bulldogs from Florida. It’s never been easier to remotely adopt a pet and then travel to pick up your new pet family member. According to the website below, the shelters in the Orlando area represented on this website are committed to pairing the right dog with the right family. They will take the time to get to know you before suggesting the right pet for your needs, home, and other pets. 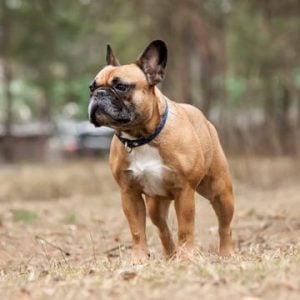 French Bulldogs are considered a high-maintenance breed by many. Their unique proportions make childbirth challenging for dogs who become mothers. Often, they need medical intervention actually to give birth safely. This is one reason why owners might surrender their French Bulldog, especially if the female dog becomes pregnant. Like Pugs and other bulldogs, Frenchies have skin folds that can cause skin irritation, formally known and dermatitis.

Other known health issues for Frenchies include breathing problems, which occur much more in this breed than in other dogs. If you love your French Bulldog, then these potential problems probably seem like minor issues. As long as their needs are addressed, dogs of this breed can live long and healthy lives with their forever owners.

Why Are Frenchies Surrendered to a Rescue in Florida? 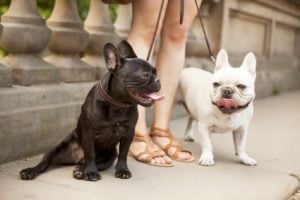 French Bulldogs love their owners even more than other dog breeds and can have separation anxiety. As a result of being left alone, they’re known to cry and demonstrate other anxiety-related behaviors. They can usually be trained to endure long periods of separation, and the earlier training can begin, the better. Along with anxiety, French Bulldogs also exhibit ‘zooming,’ a behavior characterized as wild running around the house. Although this can be considered cute, it’s also an issue when they cause a person or object to fall over.

Finally, it’s common for Frenchie owners to report that their beloved pet has some aggression problems. For a small dog, it seems they’re rather aggressive with some other cats and dogs. However, this is usually a result of a lack of training, for which there are many resources available. If you’re committed to keeping your French Bulldog, then it helps to start reaching out to organizations and fellow dog lovers to find out the resources available to you and your family.

Conclusion For The “Best French Bulldog Rescues in Florida”

To have a strong rescue community, shelters need volunteers to offer their services and time. They often outreach on social media websites like Facebook, where new rescue dogs are often featured. Feeling connected can help you overcome challenges to meet the unique needs of your pet. In Florida and across the United States, you can connect online with like-minded animal lovers. The top-five list above offers links to find these shelters, connect with the organizers and potentially even volunteer with them.

As a result of the Covid-19 Pandemic, many shelters have an added need for foster families and adopters. There may be additional wait times and added processes to cope with the ongoing pandemic. Your support at this time, and always, is tremendously appreciated.

If you enjoyed reading our list of the best “French Bulldog Rescues in Florida,” we think you’ll enjoy:

To learn more about this adorable breed, watch “French Bulldog 101 – Everything You Need To Know About Owning a French Bulldog Puppy” from Fenrir Canine Show down below: