If you’re a brand new Pitbull puppy owner, you’re probably wondering when Pitbulls stop growing. This is due to the fact that Pitbulls grow incredibly fast the first 10 months they are alive and you might be convinced they won’t stop growing. The Pitbull puppy stage goes by very quickly, and Pitbulls are generally 90% of their total body weight by the 12-month mark.

Generally, Pitbulls grow rapidly from birth to about two years. A Pitbull is generally considered full-grown when it reaches maturity at around 3 years old. After the age of 3, Pitbulls will reach their full height and body weight and will not grow anymore. The life span of a healthy and well feed Pitbull is between 8 to 15 years.

Most people not only wonder when a Pitbull will stop growing, but they also wonder how much their Pitbull will weigh. Generally speaking, you can double a Pitbull puppy’s weight when they are 4 months old, and that will be their approximate total body weight.

Other articles you would like: Best Affordable Dog Food for Pitbulls

When are Pitbulls Fully Grown? 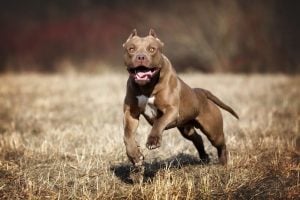 Pitbulls are a unique kind of breed mixed between the Terrier and Bulldog. They are medium-sized, active, energetic, and very agile. Additionally, their square head and muscular body cannot go unnoticed. They come in various sizes and colors with an average head, moderate ear, and a relatively short tail.

There are four different types of Pitbulls and they generally stop growing around the same time period of about 3 years old.

The breeds mentioned above are all classified as Pitbulls, but they all have different growth patterns. Generally, larger Pitbulls take longer to grow than smaller Pitbulls. Additionally, a fully grown Pitbull will vary by their gender.

Female Pitbulls will reach their full growth potential faster than male Pitbulls. A healthy and well-nourished female Pitbull weighs between 30 and 50 pounds and between 17 and 20 inches in height when fully grown. Since female Pitbulls reach maturity faster, you may notice them picking up commands faster than their male counterparts.

How Can I Make My Pitbull Grow Healthy? 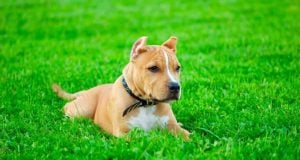 You can do several things for your Pitbull to ensure that they grow to their full potential. Here are some of the main tips to make a Pitbull grow up healthy.

What Can Hinder My Pitbull’s Growth? 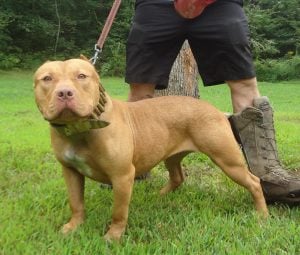 Numerous things can hinder your Pitbull’s growth. Here are a few of the main health concerns:

Conclusion For “When Do Pitbulls Stop Growing” 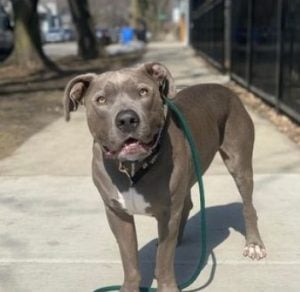 Your Pitbull will stop growing under normal circumstances after they are 3 years old if they are well-nourished, vaccinated, exercised, and well-groomed. Pitbulls will grow faster during the first year of their lives. Generally speaking, you can double your Pitbulls weight after they are 16 weeks old to get an estimate of how much they will weigh.