Here’s a question we have for you if you’re on a journey for the best Dachshund rescues in California. Do you know Dachshunds are one of the best family dogs?

They make a great addition to many homes because they are good watchdogs and loyal companions. This dog breed is also good with children if well trained and treated.

Hence, where you get this dog breed from is highly important. While many dog lovers like patronizing breeders, we highly recommend adoption.

Dachshund Rescues Near Me in California 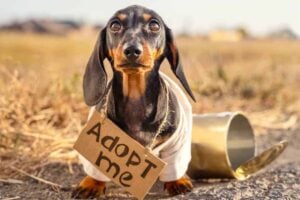 Most Dachshund rescues in California train and treats their rescued canines very well, making them as friendly as possible. Here is a list of the best places to adopt this dog breed in California.

Dachshund Rescue of Los Angeles is one of California’s most reputable Dachshund rescues. This pet rescue makes the adoption of this dog breed a lot easier. They organize frequent adoption events for families to adopt Dachshunds.

The organization raises funds to cater to the needs of their rescued pets via adoption fees and donations. They use the donated funds to provide shelter, medical treatment, spay/neuter, and cover transportation and fostering expenses.

They have done a tremendous job rescuing this dog breed and catering to their needs. Dachshund Rescue of Los Angeles is dedicated to rescuing and caring for Dachshunds only.

Hence, they know the unique needs of this dog breed, and they know the best nutrition and medical care to give them. They also have a wish list, a list of items they need to support these beautiful creatures and can help them purchase some things on the list to support them.

Furthermore, Dachshund Rescue of Los Angeles provides a handy guide for foster parents. Whether this is your first time owning this breed or you have owned one before, they will teach you how to care for this dog breed.

They also have a blog section with articles on how to care for and groom longhair Dachshunds. You can also browse through their list of available dogs before filling out the adoption form online.

Dachshund Rescue of Northern California is another reliable dog rescue in California. This pet rescue started as a joke many years ago. They began by fostering one Dachshund, in addition to the three they already had, and people began calling and giving them Dachshunds that they did not want or could not keep.

For more than ten years, this pet rescue has rescued and adopted hundreds of small dogs. DRNC consists of a network of independent, dog-loving volunteers who collectively rescue and foster abused, abandoned, and unwanted Dachshunds.

Dachshund Rescue of Northern California is a foster-based pet rescue, meaning they care for their dogs in foster homes. They provide these canines with all the care and support they need until they find their forever home.

Since they run a foster-based program, they care for and spend more time with the dogs. You can view the list of available dogs online.

They also accept surrendered Dachshunds, meaning owners can take their pets to this rescue home if they no longer want them or can no longer take care of them. 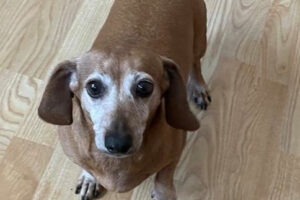 We have another dedicated small breed rescue on our list – the Dachshund Rescue and Placement Inc. This dog rescue is situated in the Antelope Valley, Northern LA County.

However, their capacity is limited to the number of available foster homes, which is why they are seeking more foster homes. Dachshund Rescue and Placement, also known as Doxy Keeper, has won several dog rescue awards.

This organization has also brought a smile to the faces of those longing to have this dog breed in their home. To adopt a canine, all you have to do is fill out the online application form.

If you do not find a dog you like on their website, they will redirect you to other neighboring Dachshund rescues in the states. Doxy Keeper aims to create a world where there are no homeless dogs.

They aim to end suffering for both puppy and adult dogs. Furthermore, they have a Doxy store where you can buy accessories for your canine friends.

A donation is made to the rescue whenever you purchase an item from this store. You can buy a hug-a-dog harness or pet nutrition for your Dachshund in the store. 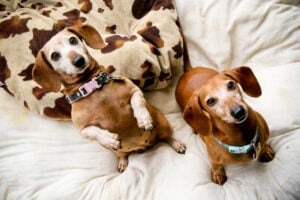 Southern California Dachshund Relief also made it to our list. It is one of the oldest pet rescues in California, rescuing and sheltering this dog breed since 1994.

This non-profit organization has saved more than 5,000 needy Dachshunds from Central, Northern, and Southern California. This pet rescue is on a mission of finding forever homes for their rescued dogs.

They have provided shelter, food, and medical care for thousands of Dachshunds for almost two decades. This organization depends on donations to care for their rescued pets.

Furthermore, they have the SCDR Store for selling SCDR logoed apparel. Besides the SCDR logo design, they have a variety of fun designs from which to choose. The proceeds from the store go to the pet rescue program.

Southern California Dachshund Relief also channels some of its resources to save the lives of other dogs not counted with their adoptions. They provide some of the best foster homes in the city, and their dogs do not lack adequate medical care.

This pet rescue also provides top-notch transportation for their dogs. They have a fantastic team of dog lovers who dedicate most of their free time to taking care of these dogs. 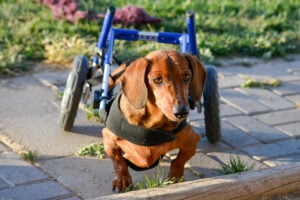 Dachshund Paws and Pals Rescue comes highly recommended as one of the best Dachshund rescues in California. This canine rescue is a registered 501c3, animal rescue, non-profit organization.

They rescue and shelter this breed from different parts of the city. Their goal is to cater to the needs of these dogs while looking for the best home for them.

If you are looking for a great place to adopt a puppy or adult Dachshund in California, you should consider this animal rescue organization. This organization keeps all its rescued dogs in foster homes.

These pets get all the care and love they need in these foster homes. In addition to providing them with the food and treats, this pet rescue ensures no dog falls sick.

They vaccinate and take the dogs to the veterinary regularly. This organization focuses only on Dachshunds. They have Dachshunds of different ages, colors, and sizes.

You can also surrender your dog to this animal rescue if you can no longer take care of them. They rely on only donations and volunteers, especially foster homes, to care for their dogs.

Conclusion For The “Best Dachshund Rescues in California”

Dachshunds are the favorite dog breeds of many pet lovers. Thanks to their high IQ level and playfulness, they make a great companion. There is a growing awareness for pet adoption rather than breeding.

You save a life whenever you adopt a pet. Adopted Dachshunds also have more advantages, as they have received adequate training. For a fast and seamless Dachshund adoption, visit the Dachshund rescues in California listed in this guide.

For more guides similar to this list of Dachshund rescues in California, you can check out:

Before you adopt a Dachshund puppy from a rescue shelter in California, you can learn more about the breed by watching “Everything You Need to Know About Dachshunds or Wiener Dogs” down below: