The British Bulldog and Terrier were developed and popular for fighting sports, like bear/bull-baiting and intimidating and aggressive roles. However, it soon became apparent that it made more sense to use a lighter dog on its feet instead of the heavy bulldogs when it came to the wrestling matches. Therefore, it became imperative to produce a dog that could match the aggression and strength without its thickness.

After much cross-breeding and experimenting between the bulldog and the terrier breeds, the new creation, the ‘Pitbull,’ was eventually successful. The Pit Bull Terrier carried with it many controversies, especially when it landed in the United States, where organized dog fights had been outlawed since 1874. For this reason, the American Kennel Club (AKC) kept rejecting the offer to recognize the breed, causing lovers of the theme breed to form their own The United Kennel Club in 1898.

Decades later, AKC understood that eventually, they would have to recognize this dog breed that had been in existence on American soil for over 30 years. Thus, a conclusion was reached in 1972 to snub the name American Pitbull Terrier and recognize the dog as the American Staffordshire Terrier. Although dog fights became more and more disliked and criminalized even in the United Kingdom, some Pitbull owners kept organizing fights and using them to win bets and gamble or just for entertainment.

However, animal fights are not the only reason for the Pitbull’s questionable image. They quickly became the poster dogs, especially in the media for armed runners, crime syndicates, drug traffickers, mafias, and the like. It became apparent that this breed was fast getting associated with the American gang culture. To counter that narrative, they also became a staple for the guys on the other side of the law, like the police force, immigration and customs, anti-drug trafficking units, customs, border protection, and so on.

All of them employed the services of Pitbulls to help them detect and solve ongoing crimes. But, all of the bad PR aside, a Pitbull is everything a great dog can be, with both physical and mental traits that make it a great dog companion for any worthy trainer. Pitbulls are pretty trainable, but it would be better to enroll them in obedience classes to get the best out of them. The good thing is, they are very eager to please, even with their propensity for temper tantrums, their determination to lead the way and not follow.

You need to know that Pitbulls are prone to coming down with the contagious Canine Parvovirus on the health front. So, as a responsible pet parent, you should ensure that it has received all its vaccination shots before you allow your pet to meet other dogs or animals. Although it is not easy to tell from their appearance, these dogs are also some of the funniest breeds with the most entertaining sense of humor. They remain childlike and playful all their lives—with them, maturity barely comes with age.

Pitbulls can be one of the most affectionate and ‘touchy-feely‘ breeds out there when well socialized and trained. As intimidating as they can look, they can get along so well with people that family members can even consider leaving them alone as watchdogs. In recent times, Pitbulls have been known to serve as therapy dogs. That, in particular, is quite the turning point, considering that these dogs were initially bred for their abilities to soak their opponents in a blood bath during fighting sports.

Pitbull Mentions: Signs That Your Pitbull is Pregnant and XL Bully vs. Pitbull – What’s The Difference. 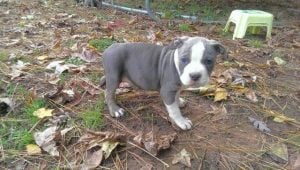 The Pitbull has a bad rep and a tendency to be a threat to other pets around them. Therefore, it would be best that if you do get a Pitbull, you get one from people who are aware of its tendencies and are committed to breeding only dogs that would do justice to the Pitbull name. Getting your Pitbull from trusted breeders is the best way to get the best out of your new pet.

First on the list of the best Pitbull breeders in North Carolina is “Mr. Pitbull.” This breeder prides himself as the number one authority on anything Pitbull-related in the North Carolina district. The puppies are progenitors of quality parent breed, health conditions as well as temperament tendencies all considered.

This is a small family-owned Kennel located off the countrysides and home to different breeds of bully dogs. They pay special attention to each of their puppies, who they raised, socialized, and trained with love and affection. 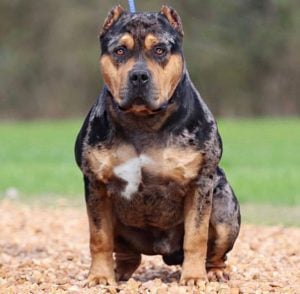 These breeders are dedicated to breeding high-quality and top-tier bullies from the best bully bloodlines in America. They are consistent and are not swayed by the Pitbull’s controversial PR, as they know a well-bred Pitbull’s charming possibilities.

Last on the list of the best Pitbull breeders in North Carolina is “ProBulls.” With various dogs to pick from, this big ace breeder is persistent in giving dog lovers only the best of the Pitbull breeds, with no shortcuts. They ship to North Carina residents as well as the rest of the United States. So in case you have space where your four-legged friend will not feel confined, be it an apartment or a house, a Pitbull could be your choice, now that this article has dispelled the negative image that accompanies it. Getting a Pitbull would be most appropriate if you are looking for a pet who will keep you engaged with its or her antics and requests for treats, keep you company as you work at home or watch television, and be your best friend you could ask for.

Raising a Pitbull in North Carolina 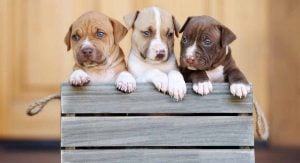 Pitbulls need to be walked and exercised at least for an hour daily to keep them active and healthy. Also, they should not be left outside for long periods as they can easily catch a cold, regardless of how warm the weather might be.

More Pitbull Guides: Bulldog vs. Pitbull and When Do Pitbulls Stop Growing?

Conclusion For The “Best Pitbull Breeders in North Carolina”

There was a time when the Pitbull was called the ‘Nanny Dog.’ This article has been an attempt to show the loving and brave faces of the Pitbull, which acquired a fearsome reputation in the late 1900s. These are medium-sized gentle creatures that like nothing more than spending time with their humans and make one of the best companions.

For more articles with mentions of the Pitbull, feel free to check out:

To learn more about raising a Pitbull, watch “Tips for First Time Pitbull Owners” from Top Bullies down below: