Chocolate Labradoodle Puppies For Sale in the United States 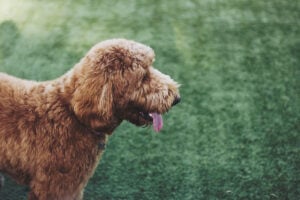 Since you’re searching for chocolate Labradoodle breeders in the United States, we highly recommend checking out PuppySpot. PuppySpot is a reputable platform where you can browse many Labradoodle puppies from the comfort of your home anywhere in the country. 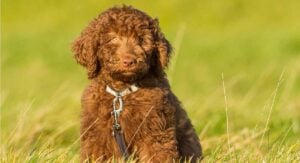 It is owned by Dr. Nathan Crockett and his wife, Abigail Crockett. However, they are not full-time breeders of dogs. Theology professor Dr. Crockett teaches at Bob Jones University (an independent, Christian, liberal arts university in Greenville, SC).

Besides staying at home with their five children, Abigail works as an events coordinator. In other words, they are the exact opposite of puppy mills. They have one female Chocolate Labradoodle and one purebred male standard Poodle as family pets.

In addition, they have entrusted two mini chocolate Labradoodles and three medium Labradoodles to guardian homes of close friends who also own family pets in those homes. 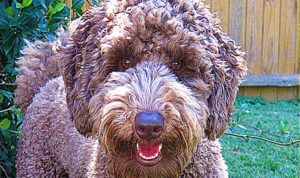 A Labradoodle made a lot of sense for the Gordys. According to Al, “I’d had labs before, and my wife always had poo­dles. This seemed like the best of both worlds to us. So we started seriously to look into it.”

Smooch ignited the Gordys’ passion for Labradoodles. As the Gordys became enamored with Australian Labradoodles, they began to consider breeding business. As a result, they purchased a female and a male and formed Barksdale Labradoodles.

A litter a year was the original plan, as a way to keep busy in retirement. However, they are more active in retirement than they used to be working because it has become a year-round business. Therefore, their hands-on selection of each dog is one of the most critical aspects of their business.

During this process, they sort dogs based on their temperament and personality to determine where and how they should be assigned to a customer. At Barksdale, ninety percent of dogs end up as companions, while only a tiny percentage have the temperament required for service. 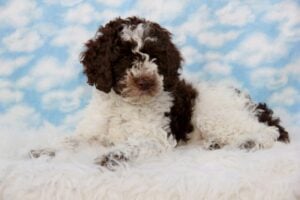 As one of the first Australian Labradoodle breeders in North America, Butch founded DownUnder Labradoodles in 2002. Their Raleigh, North Carolina facility has produced top-quality puppies for adoptive families for almost 20 years.

Dogs live in his home or the homes of his family members, and puppies are born there as well. They delivered their puppies de-sexed and microchipped with a health guarantee.

Breeding puppies are available upon request. Through careful breeding practices, they adhere to the breed standards and code of ethics of the ALAA. Their breeding stock comes from the best Australian kennels, and they are members of the ALAA.

Since 2006, Labradoodles of Long Island has been breeding and loving Australian Labradoodle puppies. Dogs are part of the family and live with the breeder or a guardian. Their Labradoodle adoptions are available to dog owners throughout Manhattan and Long Island.

Both mommy and her puppies are available for future dog owner families to see. They want you to experience firsthand what a wonderful and loving family companion the Australian Labradoodle breed is.

Each chocolate Labradoodle comes with its lineage going back to Australia. They all maintain the integrity of the breed. Their breeding dogs are tested by a veterinarian and are hip, elbow, heart, and eye certified by the OFA. Additionally, they are clear of PRA, EIC, and vW.

As dog lovers, they searched for a breed that would be more allergy-friendly. They fell in love with the Australian Labradoodle’s majestic beauty, gentle nature, and regal elegance following extensive research.

She served in this capacity from 2010 to 2019. Her previous roles included leading the Breeder Member Service Team, the Health Testing Compliance Team, and the Infusion Committee.

She attends health conferences all over the country to stay up-to-date on the latest health information and provide top-quality puppies. Check out her Facebook and Instagram accounts to follow her journey.

The brown or liver coloration of this dog’s nose is genetic. Labradoodles have either a bbEE or bbEe gene makeup. Therefore, breeding two chocolate Labradoodles with gene makeup bbEE will never result in cream puppies.

How to Choose a Chocolate Labradoodle Breeder in the United States 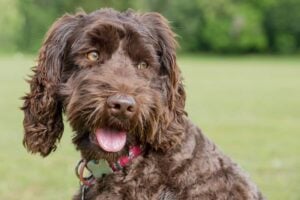 There is no doubt that you should choose a good breeder for your chocolate Labradoodle, but what should you look for? This section could mean the difference between finding a good, reputable breeder and having a bad experience, so it is worth reading.

Is the breeder knowledgeable?

Visit their website. What kind of information do they provide about Chocolate Labradoodles? Have they answered all your questions thoroughly, and are you comfortable with those answers?

Do their puppies come with pedigrees?

A pedigree is required for all Australian Labradoodle puppies. Breeders may not be registered with the Kennel Club, but this doesn’t mean they aren’t aware of the lineage and history of their breeding dogs. So do not be fooled by excuses like “they have no pedigree since they’re a crossbreed” – it’s not true.

Where Do You Find a Chocolate Labradoodle Breeder? 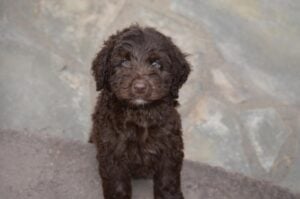 Word-of-mouth is an excellent source of information. You can get the best review of a breeder from someone who has used his services before. Also, they may be able to tell you what to look for in terms of red flags.

Conclusion For The “Best Chocolate Labradoodle Breeders in the United States”

For more guides similar to this list of chocolate Labradoodle breeders in the United States, you can check out:

Before you purchase a chocolate Labradoodle from a breeder in the United States, you can learn more about the breed by watching “Labradoodle Dogs 101 – Labrador Retriever Poodle Mix” down below: