If you’re in search of the best Rottweiler breeders in Florida, then here’s what you should know about this energetic breed. The Rottweiler is a domestic dog breed originally used to herd livestock and pull butcher’s carts to the market. They are also the 8th most popular dog breed according to the American Kennel Club. Thus, you’ll find many Rottweiler puppies for sale in Florida, but it’s important to choose a reputable breeder.

Before scrolling down the list of Rottweiler breeders in Florida, check out other similar dog breeds in the same state:

Rottweiler Puppies For Sale in Florida 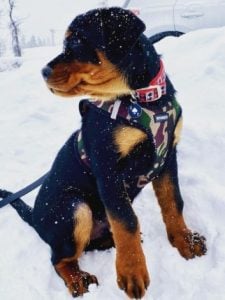 WeLoveDoodles presents you with the best Rottweiler breeders in Florida. We’ve done our own independent research to find breeders who genuinely care about their dogs and socialize them from an early age. Additionally, we looked for breeders who health tested and genetic tested the parent dog to ensure you will be getting a healthy puppy. If you’re planning to purchase from unknown breeders, please do your research to avoid any possible puppy mills.

These Rottweiler breeders are committed to excellence and you only need to glance through their web page to see it. They are very particular about finding the right parent breed, which is one of the most important steps in the breeding process. They are aware that getting a champion, well-tempered, and well-mannered parent stock would result in only the best genetically excellent Rottweiler puppies.

They also play by the rules and are ethical about their breeding practices to the core. All health certificates and clearances are made available to the buyer. Both the parents’ and the puppy’s health history are properly documented which you can view upon request. Ultimately, these guys just want to give you the best Rottweiler experience possible. They are located in Groveland, Florida.

This home-based kennel breeder has a passion for the Rottweiler breed. This passion comes evident in the detailed attention and nurturing they give each of their Rottweiler puppies. The parent stocks are from major German bloodlines and are properly vetted to avoid any passage of genetic flaws to the offspring puppies.

The Rottweiler puppies they raise are capable of playing different roles in life aside from companion pets. From star performer and athlete to service dog or therapy aid, there is a lot of versatility with each of their puppies in Florida. The goal is to create well-rounded Rottweilers that would serve as assets in their new homes.

Ketelhaus Rottweilers has been in this business for 35 years and aims to provide Rottweilers with happy, healthy, and strong bloodlines that would serve as devoted, loyal companions to their new owners. For what it’s worth, these are the oldest Rottweiler breeders in Florida we could find.

They are passionate about preserving this breed, and not so happy about the bad PR they have been getting, these breeders work to prove that Rottweilers are some of the most affectionate and entertaining dogs aside from being instinctively protective. Their Rottweiler puppies for sale in Florida grow up to be 80 to 135 pounds and they are guaranteed to be in good health. They have parent dogs that have won purebred standard competitions, so you know you’ll be getting a purebred puppy.

Based in Ocala, Central Florida, these guys are more inclined towards quality than quantity and so have developed a breeding program that begins as soon as the puppies are born. They pay very detailed attention to each puppy, and nurture, feed, play, and socialize with them making sure they grow up loved and healthy.

All their Rottweiler puppies in Florida are socialized to different situations, people, animals, and sounds to make them adaptable and receptive when they eventually get to their new environments. They specialize in not just raising loving, loyal family dogs, but also strong athletic dogs that can compete in shows and bring home the medals.

Although in many parts of the world Rottweiler puppies are still used as cattle herd dogs. However, the Rottweiler is now more popular in many other roles such as:

The males weigh about 90 to 120 pounds and stand about 24 to 29 inches tall. For the females, the average weight is about 80 to 110 pounds and they stand 23 to 28 inches in height. They average a lifespan of about 8 to 10 years and come in colors black and tan or mahogany and black. The Rottweiler is a very self-confident dog and is not easily taken by strange faces or new influences in its environment. It is extremely protective of its family and is bested described as loyal, calm, and devoted. They are a hardworking dog that embodies a certain rustic hardness to his presence.

Highly intelligent and adaptive, the Rottweiler breed is considered the best dog breed in the world by many in America and abroad. These dogs are instinctual guard dogs and would require standard training and extensive socialization to avert their very aggressive side. The Rottweiler is regarded as one of the oldest dog breeds, dating back to the Roman ruling era. Their core point of service was the guarding and herding of farmers’ sheep. They nearly became extinct when the need for cattle dogs greatly plummeted.

However, the World War I era began, and with it came a high demand for security or police dogs. Once again, the Rottweiler grew in popularity and was seen as the most efficient breed to fill this role. This is how they became not just protectors of sheep but people, too. In the course of the first and second world wars, Rottweilers became service dogs in such roles as a messenger, draught ambulance, and guard dogs.

In 1931, Rottweilers were finally and officially welcomed into the fold by the American Kennel Club. The Rottweiler, however, is not all brute and no heart. This dog can be quite affectionate—even loving—with his own, sometimes even goofy with familiar faces and presence. It is a calm dog and moves with a lot of stamina and self-assurance. The dog mostly used in the force has grown in popularity as a house pet and companion. The reaction to this new development is most controversial because a lot of people are still wary of the breed’s aggressive and dangerous side.

It is important to note that with the proper training and precautions, as well as early socialization and obedience classes, you can definitely own a Rottweiler in your home. 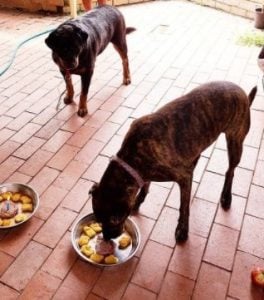 Are you still debating on whether a Rottweiler puppy in Florida is the dog for you? The following are some carefully curated information on the dog’s characteristics and nature to help you come to a decision that would best serve your needs. 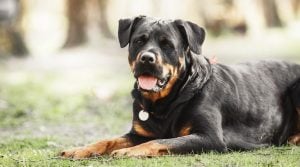 The well-trained Rottweiler has a thing for balancing his protective nature and his aggressive side. It has an intimidating and fierce presence that is enhanced by its dark brute-like appearance. The Rottweiler is smart, sharp, and highly trainable, but it is not a dog for owners who have a problem with being assertive or laying down the law. It is a good-natured dog and reserves his affectionate and loving side for his family and people he has been familiarized with, including children. It is a very courageous dog and has been the hero in many search-and-rescue operations. 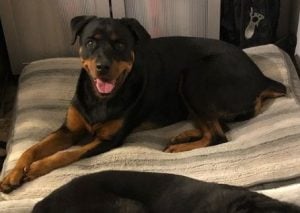 Although relatively healthy, like most breeds, Rottweilers are prone to certain illnesses, some more than others.

As a precautionary measure, make sure to request the necessary health certificates, including those of the parent breed, from your dog breeder. A good breeder knows that they are obligated to provide customers with clearances from the Orthopedic Foundation for Animals (OFA) as well as from the Canine Eye Registry Foundation (CERF) to prove that the dogs have been properly bred and are healthy.

Rottweilers should definitely be kept at home with their family and not left alone to their devices in the backyard, like many assume. It does not have to be 24/7, but quality time with the family is important to this dog and must be prioritized for its well-being. It is also in the owner’s best interest and that of the dog’s that the home surroundings are fenced to avoid the dog getting aggressive with strangers and other neighborhood pets. This precaution extends to putting them on a leash while walking them outside of the house or in places where they would meet a lot of unfamiliar faces.

Rottweilers come with varying levels of energy, so make sure you inform the breeder if you require a moderately active dog. Their exercise and play times should depend largely on the energy level they display and the amount of food they take. They also require a lot of mental stimulation and positive reinforcement during training. In terms of grooming, the Rottweiler remains one of the best dog breeds to maintain. Having a short and flat coat means that it requires only an occasional bath and frequent light brushing.

The dog also has deep muzzles that tend to trap saliva, so wiping it frequently with an old towel helps keep them clean. Teeth should be brushed at least once every week and nails should be trimmed properly.

Conclusion For The Best Rottweiler Breeders in Florida 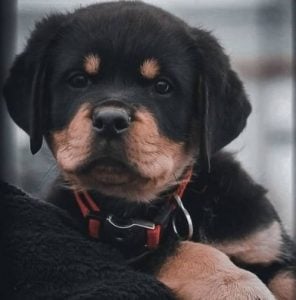 You now have a variety of options to choose from should you decide that the Rottweiler is perfect for you and your family. When you are ready, you can contact any of the above Rottweiler breeders in Florida to learn more about their breeding practices. Remember, try to avoid puppy mills or backyard breeders because they won’t sell you healthy puppies or run any genetic testing.

If traveling to these Rottweiler breeders in Florida is too far for you, you can check out our recommendations from other states:

To learn more about the Rottweiler dog breed, check out “10 Reasons Why You Should Have a Rottweiler:”