Here’s what you need to know if you’re searching for Pitbull rescues in New Jersey. The history of Pitbulls can be traced back to the 1800s in the United Kingdom, where they were originally bred from old English Bulldogs. These dogs gained popularity in the British Isles in a cruel bloodsport known as bull baiting.

Pitbull is a term used in the United States for dogs descended from Terriers and Bulldogs. The term was first used in 1927. The common mass of an American Pitbull Terrier is between 16 to 27 kg, while that of a Staffordshire Pitbull Terrier is between 13 to 17 kg. Pitbulls are one of the most loyal, dedicated, and friendly companions. Pitbulls are not inherently dangerous but can be aggressive and violent.

Breeding and abuse can lead to temperament issues when they pass through irresponsible ownership. Most Pitbulls were used for hunting, herding, and guardian purposes but were primarily kept by most breeders and rescues. If you are interested in getting a Pitbull Rescue in New Jersey, contact any rescues listed in this article.

Find a Pitbull Rescue Near Me in New Jersey

Pitbull, also known as American Pitbull Terrier, is known for its strong will and courage. Despite looking like dangerous dogs, Pitbulls are affectionate and friendly dogs.

Pitbulls are also some of the most playful dogs you can find at their size, and they can make great companions for children when raised in a loving environment. So keep reading to find some reputable rescues you can get in touch with.

Pittie Party Rescue is a 501c3 organization located in New Jersey, United States, to rescue Pit bulls in need and work to place them in a loving home. They are a non-profit foster-based organization that relies on donations to function effectively. Rescuing Pitbull is at the heart of volunteers at Pittie Party Rescue.

This rescue aims to rescue dogs in need based on the available resources. Pittie Party Rescue is committed to rescuing Pitbulls from municipal shelters, local communities, and TNR. Most Pittie Party Rescue foster home dogs are sick, injured, and have special needs.

This rescue team is proud to help Pitbulls that cannot thrive in their present environment. In addition, the success of this rescue mostly depends on the monetary donations of their supporters. Pittie Party Rescue is also committed to educating the public about caring for dogs, especially Pitbulls.

They host workshops in New Jersey and surrounding states to educate youths on rescuing dogs and other animals and human-pet care. Pittie Party Rescue volunteers are committed to creating a world full of animal advocates and responsible dog owners.

Pittie Party Rescue started as a dog rescue for pitbull breeds, and this is because of the founders’ love for pitbull. In 2017, the dog kennel supported their dogs closed down, forcing the director to recruit new dogs, get them spayed, and adopt them into their home. Pittie Party Rescue started rescuing different dogs because the founder realized about the crisis in New Jersey in 2017 about dogs.

Currently, they are a rescue team that takes in all dogs that are not living their best lives. They take in abandoned and sick dogs, care for them, treat them, feed them and adopt them. Pittie Party Rescue treats all their dogs while they later sell them out to their permanent and responsible families. 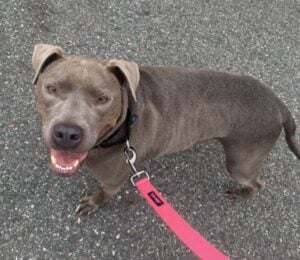 South Jersey Rescue is a rescue group located in New Jersey in the United States. More than fifteen years ago, these rescues began their love for Pitbulls and not just for the resources. They are a private and small 501c3 non-profit animal rescue organization.

Their team of volunteers at South Jersey Rescue works strictly to save the lives of Pitbulls through foster homes. Furthermore, they also diligently save all the dogs entrusted to their care. The South Jersey Rescue team is committed to giving Pit bulls a second chance in life by building a strong love, respect, and trust relationship.

South Jersey Rescue loves animals, especially dogs, and this makes them devote all their lives to helping the dogs that need home, love, medical care, and safety from an unsafe environment. This rescue doesn’t have housing for their rescue dogs, so all their rescued dogs are kept in foster homes.

Most of the money they use to care for the rescue dogs comes from their volunteers. These are the sacrifices South Jersey Rescue gladly makes for their Pitbulls, which is done because of their love for them. They are a rescue group proud of its reputation because of its commitment to saving dogs’ lives; this makes them on the list of reputable rescues in New Jersey.

They ensure all the dogs taken in are vetted, tested, and spayed by their veterinarian to ensure they are good before adding them. They also have a team of volunteers committed to rebranding their Pitbulls’ temperament. They also check the history of any adopters that want them because they want their Pitbulls to fall into the hands of the best adopters at all costs.

New Beginning Animal Rescue (NBAR) is a non-profit rescue organization located in New Jersey in the United States. This rescue is dedicated to providing a safe home for the homeless Pitbulls by getting them vetted, healthy, socialized, and ready for adoption to their permanent owners.

While adapters are waiting to meet their best prospective Pitbulls, New Beginning Animal Rescue (NBAR) provides a loving and safe space for them with everything they need and deserve. They provide medical care, food, and volunteer care for their rescue dogs.

With the help of New Beginning Animal Rescue (NBAR) tireless volunteers, they organize fundraisers and provide all information to their adopters. This rescue aims to ensure their pets are in a safe and healthy hands. They are committed to making Pitbulls feel at home until they finally go home.

They also provide all information and record the dogs’ health until they find their permanent owners. Then, they hand over the record to the new owner for continuous monitoring. Over the years, they have been known for their super amazing facilities and caring staff.

The establishment of this organization is a natural path to taking care of dogs that are not safe. This rescue also goes on a private donation scheme for the community to help them match unhappy Pitbulls to their best and permanent and loving homes.

This rescue group is dedicated to finding lifelong and loving homes for Pitbulls that have lost their home. They are committed to caring for and adopting homes for unsafe and stray dogs. FOLAS has rescued over 10,000 dogs and has found homes for thousands of homeless Pitbulls.

Friends of Linden Animal Shelter are also committed to finding responsible volunteers who love dogs and are willing to help with fundraising and socializing dogs. This rescue understands that it is not just about having a clean kennel but understands that with the help of volunteers, they can work to help homeless dogs find loving homes.

This rescue also ensures that all their rescue dogs are tested, vetted, and spayed to ensure they are free from sickness and other health issues before joining them. This rescue group takes care of Pitbulls as their own until they are seen and taken home by prospective adopters.

They also ensure any adopters of their dogs fully understand nurturing Pitbulls. They also keep records of their dogs from the moment they were rescued to sold. Friends of Linden Animal Shelter make application forms for volunteers interested in raising hopeless dogs and giving them a chance to live again.

Conclusion For The “Best Pitbull Rescues in New Jersey”

Pitbulls are one of the most feared dogs in the United States. And this is because they are known as attacking dogs, fighting dogs, and serving as guard dogs for drug dealers. What makes them more dangerous than other dogs is their bite, and due to this, many cities are making laws that it is illegal to own a Pitbull.

But today, thousands of well-tempered Pitbulls are known as family companions. Your search ends here if you stay in New Jersey and want the best Pitbulls, with the names and contacts.

For more guides similar to this list of Pitbull rescues in New Jersey, you can check out:

Before you adopt a Pitbull companion from a rescue shelter in New Jersey, you can learn more about this dog breed by watching the “Pitbull – Dog Breed Information” down below: