They don’t have aggressive tendencies and are loyal, loving, and affectionate to just about anyone. Despite their gorgeous floppy ears, soulful eyes, and winning personalities, some Goldens still get given up for adoption through no fault of theirs.

Find a Golden Retriever Rescue Shelter Near Me in Canada 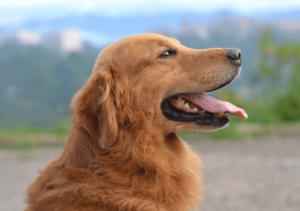 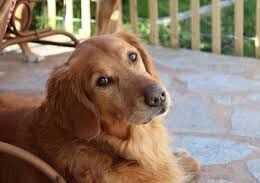 One of the biggest single-breed rescue organizations in Canada is Golden Rescue (GR), a non-profit organization with charitable status. Since 1990, Golden Rescue has been run entirely by volunteers and researchers who strive to place every Golden in their care into a permanent, loving, forever home.

Golden Rescue will help Golden Retrievers that have been abandoned, unloved, neglected, or displaced to find homes. Their volunteers will travel wherever needed since the rescue group operates nationwide. They have even helped Goldens in other countries such as the United States, Turkey, China, Mexico, and Egypt, importing them in and finding them homes.

All the Goldens in their care is placed in foster homes where they will continue socializing, adapting to domestic life, and receiving healthcare and training while they wait for their permanent homes. Each Golden is spayed or neutered and microchipped while in foster care if they haven’t already been.

Golden Rescue also provides veterinary care, medical services, rehabilitation, and behavioral consultations. A thorough temperament assessment is conducted on each dog to ensure that the Golden is matched with the perfect family and will adjust well to its new home. 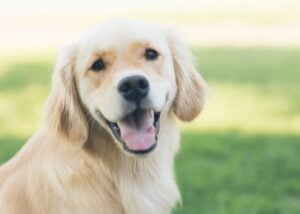 Secours Golden Retriever Rescue is a small community of Golden breeders, enthusiasts, and exhibitors. They have started the process of setting up a professional rescue organization because there are so many Golden Retrievers who are in need.

In the past, they have saved and placed dogs one at a time, but the demand is growing, and now the group is far beyond a few people’s time, resources, and capability. They take in Goldens that are surrendered by owners who are no longer able to care for them, unwanted, rejected, or abandoned.

If you’re interested in adopting a Golden, add your name to our waiting list in case any future rescue pets come along that would be the right match for your family. Although they are a non-profit organization, some costs come with adopting one of the rescue dogs.

The price of vet bills brings on these charges. They ask for a $350 payment per dog to compensate for various costs like vaccination, spaying, and neutering. For donations over $350 or for donations that are not related to adoption, you will receive a tax-exempt receipt upon request.

For the senior dogs 7 years and older, they will take a donation of any amount, as they understand that older dogs are more difficult to find homes for. All of their dogs have undergone desexing to keep them from adding to the already overpopulation of animals.

In 1984, a small group of people interested in Golden Retrievers formed the Golden Retriever Club of Alberta (GRCAB). The Club has approximately 50 members from Alberta and neighboring provinces who participate in various activities like agility, scent tracking, conformation, obedience trials, flyball, and canine health clinics.

The Club publishes a monthly newsletter called “Golden Recalls” that features articles on a range of topics, including show and trial results, upcoming events, concerns about animal health, book reviews, and general interest stories about Club activities and events.

The GRCAB upholds the tenets of the Golden Retriever Club of Canada and the Canadian Kennel Club (CKC) (GRCC), of which it is a member. The Club holds teleconference meetings throughout the year in addition to an annual general meeting.

Golden Retriever Club of Alberta keeps a list of ethical, responsible breeders on hand. It provides educational materials on its website to help people looking to buy a Golden Retriever puppy. In addition, the Club provides rescue and rehoming services and welcomes applications for all those that want to adopt a Golden Retriever in need.

4. Golden Retriever Club of BC

The Golden Retriever Club of British Columbia (GRCBC) urges its members to hold the breed to the greatest standards while promoting it throughout the province. In addition, the Club encourages participation in various activities such as hunting and field trials, obedience tests, conformation, tracking, agility, search and rescue, and flyball.

Because of the loving, affectionate temperament of Golden Retrievers, they also encourage the training of these wonderful canines as guide dogs and assistance dogs. The Club provides good public relations and educational activities for its members, volunteers, and the public.

In addition, they also have a rehoming and rescue service that numerous other dog clubs support. They, too, regularly import Goldens in need from countries like China, Korea, Thailand, Turkey, Ukraine, Mexico, and Romania.

They are also familiar with the CDC’s rules in the United States and the Canadian Food Inspection Agency’s rules in Canada, which have recently implemented new and more stringent legislation for importing dogs. If you want a Golden from them, feel free to go to their website and get in touch. They’ll be more than happy to find you a new Golden buddy!

Golden Retriever Club of BC Details

5. The Golden Retriever Club Of Manitoba 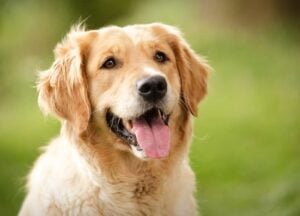 Not strictly a rescue organization, the Golden Retriever Club of Manitoba also runs a rescue service that takes in Goldens from broken homes, unwanted shelter dogs, dogs with allergies and other health conditions, and retired breeding stock.

Based in Winnipeg, they encourage the breeding of Goldens for the betterment of the breed and enthusiastically promote proper care of these creatures.

They cooperate with other dog clubs on proper education, awareness, or other mutual interests. Their main goal is to help owners and families enjoy maximum enjoyment with their dogs that will go on to lead long, happy lives.

The government or private sector does not fund this rescue, relying solely on fundraising efforts and individual contributions from the public to cover food, veterinary bills, and all costs associated with keeping their dogs happy and healthy until they find permanent homes.

In addition, NSGRR occasionally assists strays or dogs that have been removed from abusive environments. The purpose of NSGRR is to rescue as many Goldens as possible and find permanent, loving homes.

They, too, have an extensive network of foster homes where dogs in need can stay until they go to their forever homes. Foster homes will take the dogs to health checks and care for all their medical needs, funded by Nova Scotia Golden Retriever Rescue.

The foster family should also assess the dog’s temperament and watch for any behavior issues to make the best match for the dog’s permanent home. In addition, foster families also care for dogs with special needs that might require ongoing treatment.

Why Do Golden Retrievers Get Given Up in Canada? 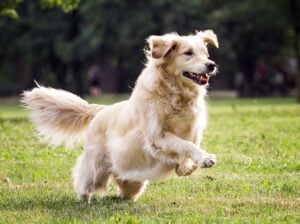 In addition, Goldens are highly attached to their owners, which makes them prone to separation anxiety. Common signs of separation anxiety include excessive barking when left alone, destruction or destruction of personal items, inappropriate elimination in the house, pacing, panting even when not stressed, and an unwillingness to eat.

Separation anxiety can be difficult to work through. However, it can be managed with patience and consistency by providing positive reinforcement for desired behaviors and counterconditioning.

Conclusion For The “Best Golden Retriever Rescues in Canada”

Golden Retrievers are happy-go-lucky, easy dogs but are not necessarily low-maintenance. They’ll need plenty of attention and exercise, and a bored Golden can get destructive and annoying.

We hope this list makes it easier for you to find your new Golden best friend. Good luck with your search for Golden Retriever rescues in Canada.

For more guides similar to this list of Golden Retriever rescues in Canada, you can check out these other dog-related recommendations from our team:

Before you bring home a Golden Retriever companion from a rescue shelter in Canada, you can learn more about this dog breed by watching the “Golden Retriever: The Pros and Cons of Owning One” down below: