Finding reputable Golden Retriever breeders in Northern California can seem impossible. Aren’t all Golden Retriever breeders just puppy mills in disguise? No, they aren’t. There are reputable breeders that are responsible and care about the breed and adhere to the AKC purebred standards. This is something that we strive to make readers aware of. We also want to make the process of finding a reputable breeder easier.

We have done our own research and found five Golden Retriever breeders in Northern California that are reputable and seem to really love their dogs. If a breeder looked as though they could be a puppy mill, they didn’t make it onto our list. However, make sure you ask questions and request a visit before you commit to a puppy. Breeding practices do change so you’ll want to make sure you can find someone who is trustworthy and will sell you a healthy puppy. 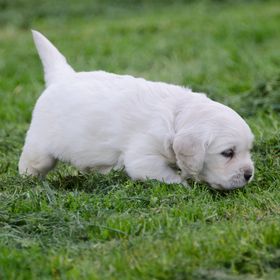 Classic Heritage Golden Retrievers breed the classic English cream Golden Retrievers. Their original Golden Retriever parents were imported from England so the bloodlines could be purebred. All of the dogs that enter the breeding program are tested for health and genetic conditions before they begin breeding.

In addition, Classic Heritage Golden Retrievers also does temperament testing. They are a reputable breeder of fantastic family companion dogs and don’t plan to stop breeding anytime soon. Just reading the reviews from previous buyers will tell you that they are a responsible Golden Retriever breeding operation.

They do have litters all year round and would love to give interested parties more information about them. They do have a reservation list and they will give you the prices of their puppies and deposit information.

Classic Heritage Golden Retrievers are a large breeding program in Northern California and they utilize the guardian program. This is a program that allows the breeding adults to be placed in homes as members of the family from puppyhood. Once they are done with their breeding life they will get to retire and stay with that family forever.

If you are interested in being considered for a guardian family then there is an application on their website you can fill out. If you are a good fit you will be contacted when a dog is available. Becoming a guardian usually means that you can get Golden Retriever puppies at a discount in price. 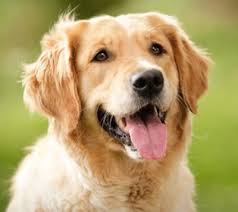 Golden Treasures has been in the Golden Retriever breeding business since 2003. For what is worth, they are one of the oldest Golden Retriever breeders in Northern California. They consider this a small family breeding operation that they run with their three children. Even though they are a small breeding operation, they do use a few guardian homes in order to give the dogs the best life possible with a loving family.

They welcome visitors anytime as long as there isn’t a litter of Golden Retriever puppies that haven’t been vaccinated yet. The health and well-being of the puppies and mothers is the most important aspect to the owners. If you would like to schedule an appointment to see the facility give them a call.

If you want to reserve one of their Golden Retriever puppies in Northern California or get on the waitlist then you will need to fill out the application form. They want to make sure each puppy goes to the home that is best for them. Golden Treasures NorCal will take your lifestyle and the puppy’s temperament into consideration when they match you with a dog. 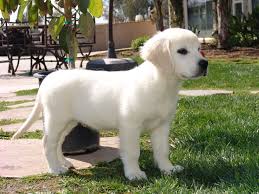 Nicholberry Goldens is a small family breeding operation that sits on a beautiful small farm in the central valley of California. They started breeding English Golden Retrievers because they wanted to breed healthy Goldens with the signature temperament that lives a long and healthy life with their owner. The family has always had a Golden Retriever but experienced early losses due to cancer and other health conditions. Many of these health conditions could have been mitigated with genetic and health testing.

They are laser-focused on health and temperament testing to make sure that each family that has a Nicholberry Golden Retriever has the best possible chance to have their dog live a long life.

Their Golden Retriever puppies in Northern California are reserved quickly so if you are interested you will need to get on the reservation list. They encourage interested parties to contact them for available puppies and how to proceed with getting a Nicholberry Golden. This information will include pricing, deposits, and wait time. 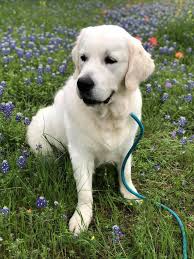 This is a breeding operation that has lasted over two generations. High Sierra Goldens was started in 1987 and has only gotten better with time. Their dogs are English Golden Retriever bloodlines that are tested for health and temperament. Many of their puppies they have sold have such a great temperament that they have gone on to be therapy dogs.

All of their current Golden Retriever litters have been spoken for and have gone to their new homes. However, they do have litters all year round that they are currently taking reservations for. For more information about reserving one of their Golden Retriever puppies and what their pricing and procedures are, they suggest you fill out the contact form on their website. You can also send an email or contact them on Facebook.

They have a phone number listed, but they don’t encourage phone calls unless it is an emergency. They respond very quickly by email so this is your best chance to get more information about their upcoming litters. 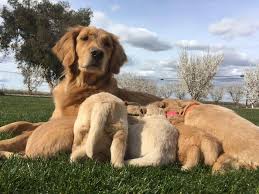 All of the dogs are tested extensively for health and genetic conditions as well as receiving OFA clearances for their hips and joints. The dogs are also tested for temperament and the puppies are socialized from birth. This gives them a great start to become well rounded and easy-going dogs that love kids and other pets. 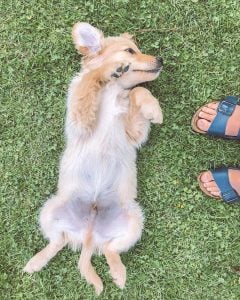 Rooster Valley Goldens is a small family breeder but they do have guardian homes for most of their females so they can get the attention and love they deserve. They will retire with these families after they are done with their breeding career and go on to live happy lives.

One aspect they do differently when it comes to the guardian program is that they conduct a temperament evaluation once a year. They want to make sure that the females still have an outstanding temperament and behavior they want to pass on to their puppies.

You will have to get on the waiting list to get one of their Golden Retriever puppies in Northern California. To be on the list you need to put down a $600 deposit. It is non-refundable so make sure you are committed to purchasing one of their puppies. 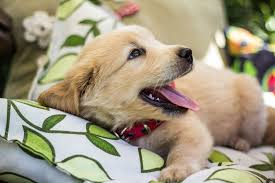 Due to the popularity of Golden Retrievers puppies in Northern California, there are tons of breeders on the market. We came across several puppy mills and backyard breeders that you would not want to buy a dog from. Several of these breeders aren’t genetic or health testing the parent dogs which risks any potential puppy having medical issues.

Remember, just because the initial price of a Golden Retriever is lower doesn’t mean that you won’t be paying tons of money in medical bills later down the line. We hope that you reached out to some of the best Golden Retriever breeders in Northern California.

Other articles you want to read: