Since French Bulldogs are such a popular dog breed you’ll often times see them in rescues or shelters around Colorado. Typically, first-time dog owners don’t understand the responsibility of getting a dog, aren’t able to financially care for them, or have various living conditions where they can’t keep a dog. Thus, they will surrender their dog to French Bulldog rescues in Colorado.

We created a list of the most popular French Bulldog rescues and shelters where you can adopt one of these dogs in Colorado. We will preface this article and say that it’s difficult to adopt a French Bulldog. Typically, these dogs are in demand because more people are working from home. 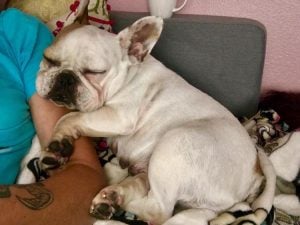 You can view all of the available dogs on their website and decide which one is the best fit for you prior to filling out an application. The great thing about this French Bulldog rescue is whenever you are looking online at the dogs they have available it also has a detailed list of what the dog eats, likes, medication the dog is taking, and even if the pup is potty-trained or not!

You will need to complete an online application. Once your application has been reviewed you will be invited to agree and sign an adoption contract. This French Bulldog rescue in Colorado gets a lot of applications so please be patient whenever the rescue is reviewing your application.

They receive more applications than dogs they have available The rescue has a couple of requirements per their website for people interested in adoption. You must have volunteered for the rescue, have donated to the rescue in the past, or are willing to make a donation of at least $25 when submitting your adoption application.  The adoption fees vary depending on the age of the French Bulldog, but for most dogs, the adoption fee is $250. If you aren’t ready to adopt a French bulldog in Colorado, you can volunteer at this rescue! 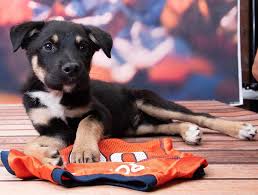 To adopt from this rescue, you must be at least 21 years old. There are scheduled times to come and pick up your puppy. You will of course have to complete an application and then you will be contacted by the rescue. As of right now, you must be willing to adopt the puppy without a visit first.

There is a weekly sign up to make it fair for everyone. The signup list is randomized and there is a virtual line for each puppy. This happens after you donate $5 through a link. According to its website, puppy adoption usually takes place on Saturdays unless there is a holiday. The adoption fee starts at $400, as of the dogs listed on the site right now. They don’t always have French Bulldog rescues, so you’ll have to check their website periodically. 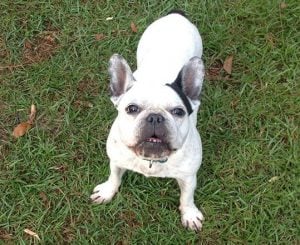 The French Bulldog Village Rescue is a 501c3 non-profit organization that has dedicated its lives to saving this dog breed. They are a network of volunteers from all around the United States who virtually work together to rescue and adopt out French Bulldogs. If you’re located in Colorado, you can either try to foster, volunteer, or rescue a French Bulldog.

The adoption process at the French Bulldog Village Rescue is extensive, so be prepared for that. The process can take up to six weeks and you must complete an online application in which you will be contacted after the form is complete. There will be a phone interview and then a home interview will be scheduled to verify that you are able to adequately care for a French Bulldog.

If you are not selected and want to reapply there is a ten-dollar fee each time. Your application is not kept on file for future dogs. If you are selected your application is then sent to the board of directors and a final choice is made. The adoption fees for each French Bulldog varies so please refer to the dog you have an interest in adopting for the different types of fees that come along with the dog. Despite not being located directly in Colorado, they still serve this area!

Why are French Bulldogs put up for adoption in Colorado?

There are several choices when it comes to adopting a French Bulldog rescue. However, if this dog breed is so popular, why are there so many up for adoption in Colorado? There are many reasons why people put Frenchies up for adoptions. Here are some common reasons:

Why should I adopt a French Bulldog in Colorado? 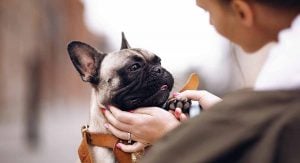 If French Bulldogs are all these things then why on earth are they one of the most popular breeds to adopt? There are several reasons that you should consider adopting a French Bulldog in Colorado. Here are some of the main reasons:

What to consider before you rescue a French Bulldog in Colorado

When deciding if you are ready to adopt a French Bulldog in Colorado there are several things that you need to keep in mind. First, keep in mind that adopting a pet of any kind can be expensive. Look at your finances to see if you are ready. On average, you should budget at least $1,000 per year for a dog.

Another aspect to look at is if your home is suitable for a French Bulldog. If your apartment or living situation does not allow a certain type of dog you might want to reconsider. In addition, keep in mind that dogs usually need a lot of attention. If your French Bulldog happens to bark a lot, would it annoy the neighbors?

If you are traveling often and do not have time to take puppy out, wash him/her, or give them the proper love and attention they deserves then this might not be the right dog for you. If you feel that you are responsible enough and meet all of the requirements then adopting a French Bulldog could be the best decision you ever make!.

French Bulldogs date back to the 1800s and are a cross-breed between English and French “ratter” dogs. French Bulldogs were bred to be companions pets that are both loving and cute. There are several names for the French Bulldogs including the nickname Frenchie’s and Bouledgouge Francias (literally translating into French Bulldog).

There are several different types of French Bulldogs.

French Bulldogs are one of the most popular dog breeds. However, since there are so many of these dogs, there are some that end up in rescues every year. Our list should help you find the best French Bulldog rescues in Colorado. The best thing about adopting a dog is that you will help eliminate puppy mills by adopting. You are also saving a life while saving lots of money in the process.

Other articles to check out: