If you’re searching for the best dog rescues in North Carolina, then you’ve come to the right place. Wherever you’re from in North Carolina, we’d like to thank you for making a difference in this world by adopting these animals in need.

Find a Dog Rescue Near Me in North Carolina

Below you will find some of the most reputable and reliable rescue groups to adopt a dog from. 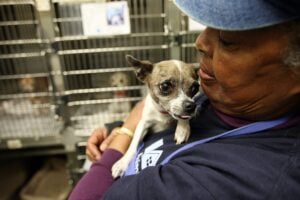 CARA is a non-profit volunteer organization located in the Fayetteville area of North Carolina. It was founded in the 1980s as the San-Lee Humane Society, which was eventually named Carolina Animal Rescue and Adoption (CARA) in 2003.

This organization aims to save the animals in need and promote responsible pet ownership. It is committed to providing shelter and care to lost, homeless, and abandoned dogs until a permanent, loving home is found for them.

CARA is run by a team of devoted volunteers who work tirelessly for animal rescue, rehoming, and welfare. The team is always in search of loving, caring families willing to adopt the dogs and cats present at the rescue facility.

Moreover, CARA is licensed by the North Carolina Department of Agriculture. It does not receive any funding from animal welfare agencies or the government. Instead, the organization relies on individual and corporate donations.

Being one of the most active dog rescues in North Carolina, CARA is always in need of your donations and financial assistance. You can do this by adopting one of the neutered dogs ready for rehoming or by contributing your valuable donations. 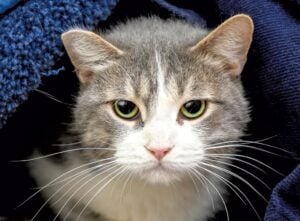 Independent Animal Rescue (IAR) is a non-profit organization operating in the Triangle Region of North Carolina. It was originally founded in 1994 but officially earned a 501 (c)(3) status in 1995.

This organization provides a safe and caring shelter to hundreds of homeless dogs every year. Dogs rescued by IAR are treated with the utmost care, and their medical issues are resolved thoroughly with the help of professional veterinary staff.

This rescue has a great reputation for being a responsible puppy rescue in North Carolina. Puppies rescued by IAR volunteers are given special attention, treatment, and care.

Rehabilitation and training of the dogs are also ensured at IAR to make them a good fit for every home. Every dog is spayed/neutered before it’s shifted to a new home.

IAR has been actively working to find a new home for its rescued dogs and pups. It is currently being governed by a Board of Directors and served by over 300 unpaid volunteers.

The organization charges $275 for a puppy’s adoption and $250 for an adult dog’s adoption. The adoption fee includes all necessary arrangements and services, including combo testing, deworming, spay/neuter surgery, microchipping, etc.

Moreover, the IAR’s elected officers conduct community education programs that are focused on raising awareness about animal care, welfare, and the promotion of adoption. These programs are also a source of collecting donations for the organization, which are used for the welfare of animals in need.

Renowned for its commitment to the cause of animal rescue, Piedmont Animal Rescue (PAR) is amongst the best dog rescues in North Carolina. PAR is located in Mooresville, North Carolina, but covers all major areas in the vicinity.

So far, this organization has rescued more than 6700 animals from hostile situations. Besides, the organization proudly claims to have rehomed 5650+ animals since its inception.

The goal of this organization is to raise awareness about animal rescue and adoption. Its management and volunteers are determined to make a positive impact in society by working for animal welfare.

At Piedmont Animal Rescue, special attention and care are given to dogs and other lost or abandoned animals like rabbits and cats. The rescued dogs are provided the necessary medical aid, supervision, and training to help them prepare for their new forever homes.

Like other rescue groups, Piedmont Animal Rescue is always in need of your donations to keep working in full swing. You can lend a helping hand through donations to support PAR’s work for animal welfare. 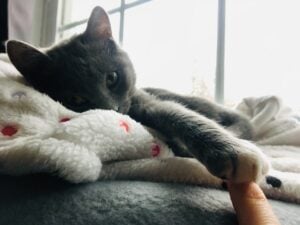 Regarded as a big dog rescue in North Carolina, Second Chance Pet Adoptions (SCPA) has been saving animal lives for the past 35 years. It is the oldest no-kill rescue group in Wake County. SCPA has been actively involved in the rescue and rehoming of dogs in the Triangle Area of North Carolina.

In 1989, it was awarded the status of a bona fide 501 (c) (3) rescue organization. Started by three individuals as a local level initiative, SCPA evolved to become one of the best dog rescues in the States. Today, this organization is a part of both the State Employees Combined Campaign (SECC) and Combined Federal Campaign (CFC).

SCPA welcomes the public to visit their facility and meet the adoptable pets. You can always check out the listing of adoptable dogs available on their website and plan a personal visit accordingly.

The organization expects an inflow of donations from the public to keep running the rescue operations. It has been recognized as eligible to receive tax-deductible contributions by the IRS. You can contribute by following the process mentioned on their website.

Last on the list of the top dog rescue in North Carolina is “Saving Grace.” Saving Grace is based in Raleigh, NC. It is registered as a non-profit 501(c)(3) organization committed to helping homeless dogs find a permanent home. This organization was founded in 2004 to work for animal welfare.

Since then, it has rescued and rehomed hundreds of dogs, cats, and other animals. Saving Grace’s volunteers search for adoptable dogs from shelters and puppy mills across North Carolina. They also work to save dogs in cruelty cases and natural disasters.

The dogs at Saving Grace come from areas with scarce resources where euthanasia rates are extremely high. Once the dogs arrive at their facility, they are spayed/neutered and treated for medical issues (injuries, heartworms, parasites, etc.). As soon as all issues of a rescued dog are addressed, it is made available for adoption on the website.

The rescue group then welcomes new owners to adopt the dog. Saving Grace charges $375 as a dog adoption fee. This amount includes shelter, food, and care expenses of the dog. Like other rescues, Saving Grace is dependent on donations. You can help the organization by adopting one of their dogs or by contributing through a donation.

How to Choose a Dog Rescue in North Carolina

With so many rescue groups operating in North Carolina, choosing a reliable dog rescue can become challenging. However, by assessing specific aspects, you can determine which rescue group is the most suitable option for you.

At the end of the day, the overall facilities offered by the rescue make a lot of difference in the upbringing of the puppies and dogs. You need to make sure that the rescue you select provides at least the basic services and facilities needed to rehabilitate a rescued dog.

Services that the Adoption Fee Covers

Each rescue group has a different adoption fee. But going for a rescue with a lower adoption fee can cost you more if you don’t go into the details.

When comparing the adoption fees, make sure to check what services are being covered in the fee. For instance, if the fee doesn’t cover spay/neuter surgery or vaccination expense, then you will have to face additional expenses later on.

Every rescue group operates with a unique set of policies. For instance, some rescue groups need you to provide references, while others don’t.

Altogether, the flexibility of a rescue’s policies can greatly influence your adoption experience. Therefore, you must ensure that the policy of your chosen rescue group is well-defined and acceptable.

Conclusion For The “Best Dog Rescues in North Carolina”

We’ve provided a list of the best dog rescues in North Carolina after thorough research and comparison. The information about each rescue has been obtained from reliable and authenticated sources to ensure the relevance and validity of facts.

You can now conveniently compare these leading and most reliable rescue groups to pick the one that suits you well. All the best.

For more guides similar to this list of dog rescues in North Carolina, you can check out:

Before you adopt a companion from a dog rescue shelter in North Carolina, you can learn more by watching “How to Prep For a Rescue Dog” down below: