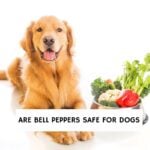 Have you ever started chopping peppers for yourself and felt some intense puppy dog eyes watching you? Maybe this led you to wonder, "Are bell peppers safe for dogs?". Well, bell peppers are safe for dogs. As long as it is adequately prepared, this sweet pepper is actually a healthy treat because it is low in calories but high in nutrients. So, next time your dog gives you … END_OF_DOCUMENT_TOKEN_TO_BE_REPLACED 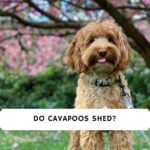 The Cavapoo, a mix between the Cavalier King Charles Spaniel and a Toy or Miniature Poodle, had no trouble getting accepted as one of the first designer dogs back in the 1990s. The success they found in Australia ensured the breed made its way to the United States and the United Kingdom, where they won the hearts of breeders and owners alike.  Considered intelligent, loyal, … END_OF_DOCUMENT_TOKEN_TO_BE_REPLACED 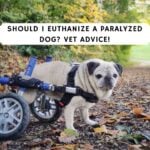 It’s no secret pets’ social status and roles in our lives have evolved substantially in the last couple of decades, especially when considering the advancement in veterinary medicine and care. Dogs have nudged their way, quite easily, into family member status throughout millions of households in the United States. As no surprise, dogs dominate the companion animal world as the … END_OF_DOCUMENT_TOKEN_TO_BE_REPLACED