Finding Poodle rescues for adoption can be quite difficult depending on where you’re from since they’re a really popular dog breed. According to the AKC (American Kennel Club), they are one of the most popular dog breeds in the world. With the increasing popularity of various Doodle breeds like the Goldendoodle and Labradoodle, Poodles are becoming a popular dog breed to rescue and adopt. They are also easy to take care of because they are non-shedding and hypoallergenic, which could help allergy-sensitive people. Before we get to the list of Poodle rescues in the United States, let’s go over some statistics. 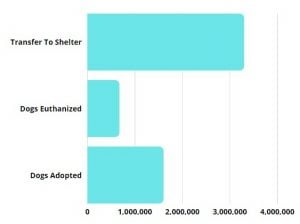 Data from 2015-2018: Every year, at least 6.5 million animals are transferred to the United States animal shelters. Of those 6.5 million animals, 3.3 million of them are dogs. It’s unfortunate but at least 670,000 dogs living in the shelter are euthanized and 1,600,000 are rescued on an annual basis.

With this data, we have the power to change the statistics collectively if more people are aware of these facts. It doesn’t matter if you want a specific breed from a dog shelter. In the end, you’re saving the lives of these dogs that are living a harsh reality. To many people, Poodles are tough to come by. At WeLoveDoodles, we created a list of the best Poodle rescues for adoption in the United States because we believe in 2nd chances.

The first Poodle rescue on the list is Norcal Poodle Rescue Adoption. With dedication and commitment to providing abandoned Poodles shelter, this organization focuses mainly in Northern California. Thanks to these volunteers, rescued Poodles are rehabilitated. This includes basic spay, neutering, and surgery. Norcal Poodle Rescue Adoption saves and adopts out at least 140+ Poodles on an annual basis.

We at WeLoveDoodles believe that Norcal Poodle Rescue Adoption deserves to be on the top five of this list because they completely fix up each Poodle once rescued. They provide surgeries when necessary, spay, and neutering for all Poodles whether they’re fully-grown or puppies.

The best part about Norcal Poodle Rescue is that they like to completely fix up each Poodle before they are rescued. This includes all surgeries and spay or neutering for Poodle puppies. They won’t adopt out a Poodle rescue that isn’t healthy. If the rescued Poodle appears unhealthy, they’ll make sure that they won’t have them being adopted out until they’re healthy enough. 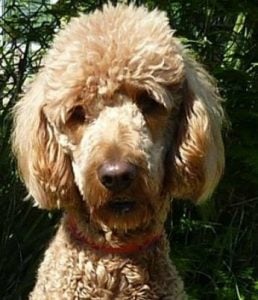 In case you didn’t know, IDOG Rescue is known to be one of the top Doodle rescues in the nation. Located in Houston, Texas, this nonprofit organization ensures that their rescued Doodles find the best homes possible. With their strong reputation, they sometimes receive inquiries about Poodles from all over the United States.

If you’re planning on bringing home a rescued Poodle, there’s an adoption fee to keep in mind. The Poodle adoption fee generally ranges between $100 to $750. IDOG Rescue doesn’t cater to specific coat colors or gender, so if you’re looking for a specific Poodle – it’ll be difficult to get. 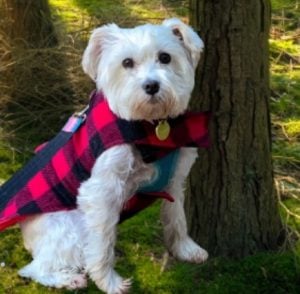 At Doodle Dandy Rescue, this organization serves areas around Dallas Fortworth (DFW). If you’re within a 4-hour radius, you’ll be able to bring home an adopted Poodle puppy. Most of the time, they usually have a good amount of Poodles available for potential dog owners to foster or bring home. If you’re looking for Poodle puppies, keep in mind that they’re much rarer than fully-grown retired adults.

Fostering a rescued Poodle is available if you’re interested. If you’re practicing and fostering a Poodle, you could eventually adopt them. As for the application process, it’s not as strict. The only obstacle during this process is waiting for the approval of your application.

This organization originally started in 2008 intending to save Doodles while finding them the homes they deserve. Doodle Rescue Collective helps Poodle mixes such as Labradoodles, Goldendoodles, and of course – pure-bred Poodles. Focusing mainly in Southern California, this organization now has over 800+ volunteers (or heroes).

Depending on time and location, you could find Poodle puppies available for adoption and they’ll deliver your companion to you. Doodles Rescue Collective isn’t just in one area. They serve, rescue, and help Poodles find compatible families throughout the United States.

MAPR (Mid-Atlantic Poodle Rescue) is a group of dog rescuers from Maryland, Pennsylvania, and Virginia. It’s heartwarming to know that a group of people out there somewhere are in search of abandoned dogs especially being a non-profit organization.

This organization house all types of Poodles. While these Poodles are rescued and cared for, MAPR works on helping them find a home. Mid-Atlantic Poodle Rescue is associated with the Poodle Club of America Rescue Foundation.

Why do people put a Poodle for adoption or in a rescue? 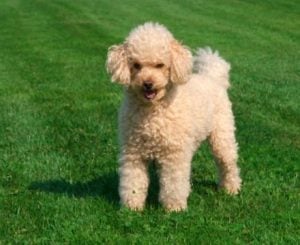 Below are some of the most common reasons why you will see a rescue Poodle up for adoption:

What is the best website to visit to adopt a dog?

Which Poodle breed is best?

Poodles are non-shedding and hypoallergenic and are among the most popular rescues today. This breed is excellent for allergy-sensitive people.

You can also foster a Poodle breed and then eventually adopt them. All Poodle breeds are best but are highly energetic and may tend to bark a lot. They do well with early socialization and positive training during puppyhood. If you’re looking for the best Poodle breed, here’s the takeaway;

What is the best rescue dog in the world?

North Shore Animal League is the largest no-kill animal shelter in the world. Since 1944, more than 1.1 million animal lives have been saved, and each year more than $10,000 are adopted from their Adoption Center in NY.

Fifty-eight thousand exams are performed in a single year. North Shore Animal League has facilitated more than 50,000 adoptions nationwide with over 2,000 shelter partners.

What is the easiest dog to adopt?

The easiest dog to adopt will have a calm temperament and possibly be housetrained already. Easy-going dog breeds are a good option, but you should also look at grooming needs, exercise needs, and genetic disposition to health issues as per breed.

Breed mixes are just as wonderful to adopt, but many high-energy adolescent breeds may need immediate training and socialization.

What are breeds most commonly adopted?

What is the healthiest dog to adopt?

The healthiest dog to adopt also includes breed mixes. Senior dogs are also an excellent option. Just because a breed may be genetically predisposed to health conditions does not necessarily mean that the dog will be affected.

Veterinarians.Org adds that the healthiest breeds listed below will have the least health problems and longer lifespans.

There are two fantastic genetic traits about the Poodle which make them great rescue dogs. First, they are a nonshedding dog breed. You won’t have to vacuum up dog hair all over your house and hardwood floors. Secondly, Poodles are hypoallergenic, which is great for people with allergies. In case you didn’t know, the Poodle breed is ranked as the second most intelligent dog. They come in a variety of sizes such as Toy Poodle, Miniature Poodle, and Standard Poodle.

Many people purchase Poodle puppies from breeders in the United States without realizing how many dogs are being neglected. It’s an important and difficult decision at the same time. By adopting a Poodle or any dog breed, you’re saving more than one life. You’re creating space in the shelter for other rescued dogs to stay. At the same time, you’re fighting against cruel breedings (puppy mills, etc.). By adopting a Poodle from a rescue in the United States or anywhere in the world, you’re creating a new chapter of your life. You’ll create and cherish the unforgettable memories for yet to come. You have the power to make these decisions but these neglected Poodles can’t.

For guides and information that could help prepare you before bringing home a Poodle from a rescue, check out:

Poodles have a long history. If you want to learn more about the Poodles, this video below from Animal Planet should provide you with a good amount of knowledge.