PuppySpot is a company committed to bringing life-changing experiences to puppies and their families. With tens of breeds and collaborations with the best breeders across the country, they are the leaders in this business. If you plan to get a Labradoodle puppy, it is important to know the complexities involved in the process.

You should do thorough research about its health, wellness, environment, and safety. It is crucial to understand all the factors that impact a puppy’s lifestyle and how you can improve it. Luckily, PuppySpot can connect you to the best Labradoodle breeders.

You can easily trust PuppySpot as they are the best puppy company on the market and have provided 225,000+ plus puppies to families over their lifetime. With this much experience, they’ve brought laughter and joy to hundreds of families across the United States. Only the best breeders can join them, thanks to their thorough screening process.

So, when getting a Labradoodle from them, you can be confident that you’re getting a healthy puppy. Their screening process is so rigorous that only 10% of the breeders who apply for the membership get it. There is no tolerance for puppy mills.

A puppy mill is a substandard, unhealthy place for puppies where owners care about profits more than the well-being of dogs. Puppies are often cramped in tight spaces and are kept in cruel conditions where they suffer mentally and physically.

Such places operate in violation of regulations. PuppySpot breeder requirements go beyond puppy mills and want breeders to have a license from the United States Department of Agriculture (USDA). PuppySpot itself is USDA licensed, demanding its breeders meet similar standards.

However, breeders exempt from USDA licensing can become part of PuppySpot without the license. Any breeder that violates these requirements isn’t allowed to collaborate with PuppySpot. Moreover, those who violate these standards after becoming part of the PuppySpot breeders network aren’t tolerated and are removed immediately. 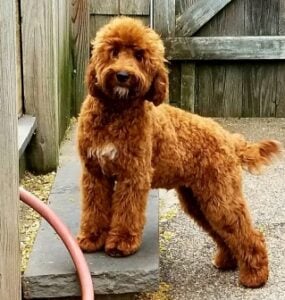 All Gooseberry puppies go to their potential homes with a 2-year health guarantee. The dam and sire are also tested for healthy hips, elbows, patella, and heart. They are also checked for von Willebrand’s disease. Contact Ms. Deborah on the links/details below.

Stefani and Lori, the owners of Ocean State Labradoodles, are premium Labradoodle breeders serving the New England area. They started breeding top-quality, multi-generational Australian Labradoodles in 2007 but had studied the breed for almost five years before having their first litter.

Ocean State Labradoodles is a proud member of the ALAA (Australian Labradoodle Association of America). They have also started a Guardian Program and have nearly 40 guardian families as members. Contact these reputed and experienced Labradoodle Breeders in Rhode Island today.

Lighthouse Labradoodles started as premium Australian Labradoodle breeders in Rhode Island and later moved their facilities to Sterling, Connecticut. They have sent their puppies to many homes in CT, NY, NH, MA, and other areas in New England.

They first started breeding non-shedding dogs around 2003 and, to date, strive to provide healthy and happy dogs to families. To find the perfect Labradoodle puppy for your home, contact Lighthouse Labradoodles using the details below. 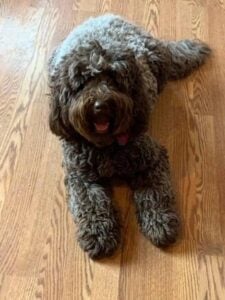 The owner of My Best Doodle, Patricia Unan started breeding Labradoodles in 2016. Her facility is located in Chester, CT. The entire Unan family loves Labradoodles, so all puppies are raised at home and not kept in kennels. My Best Doodle is a member of the Australian Labradoodle Association of America (ALAA) and has received the Silver Paw Breeder tag.

They practice responsible breeding practices as laid down by the ALAA, and all of their breeding dogs are tested for hips, elbow, and eye issues before breeding. My Best Doodle has several litters planned for the spring and summer of 2022, so do contact Ms. Unan on the details given below.

New England Labradoodles is an authentic and reputed breeder with Labradoodle puppies in Rhode Island and New England. Owners Christi and Daniel Morais live on a farm in Mendon, MA, in a house built in the 1800s. All their Labradoodle puppies are born at home and raised with their kids according to AviDog’s Transformational Puppy Rearing method.

One of the main advantages of buying your Labradoodle puppy from this reputed New England Labradoodle breeder is that they strictly adhere to the ALAA’s code of ethics. They also get their breeding dogs tested for hips and elbows through OFA and eye tests through CERF.

The dam and sire are also tested for patella luxation, exercise-induced collapse, von Willebrand’s disease, PRA or progressive retinal atrophy, and IC hair coat furnishings. Check out the photos of their beautiful dogs, details below. 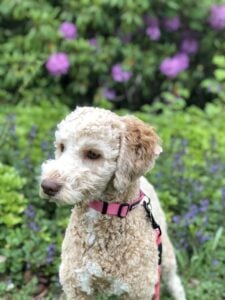 The breeding stock is also tested for various health issues, including hips and elbows, CERF and OFA for eye issues, paw printing genetics, and EIC or exercise-induced collapse. The puppies are micro-chipped, vaccinated, and dewormed. Joys Labradoodles are in great demand, so find out if they have Labradoodle Puppies Rhode Island for sale – details are below. 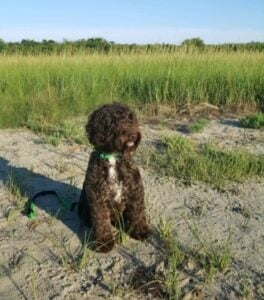 Atlantic Labradoodles is a small hobby breeder of Australian Labradoodles, located in Osterville, MA. Owner Shirley Brewer cherishes all her dogs as family members, and you can see that all her Labradoodle Puppies Rhode Island for sale are bred for beauty, temperament, and health.

Atlantic Australian Labradoodles are tested for hips and elbows, eye certification, and genetically tested to ensure healthy litters. The best part is that Atlantic Labradoodles have an upcoming litter for spring/summer of 2022, so contact them below. 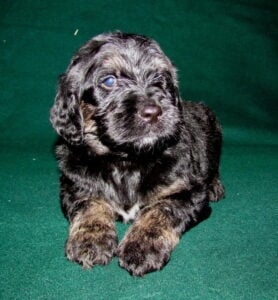 Deuce’s Doodles is a Labradoodle breeder based in New York. They utilize rigorous breeder curricula and health standards to develop family-oriented Labradoodle puppies. The owner of Deuce’s Doodles – Jamie Duesler – is a school psychologist.

He focuses on puppy enrichment and socialization and ensures that all puppies are of sound temperaments. Mr. Duesler stringently tests all his breeding dogs for health issues like hip and elbow dysplasia, eye issues, cardiac health, rod-cone degeneration, exercise-induced collapse (EIC), and progressive retinal atrophy. Jamie Duesler promises a lifelong commitment to the families he sells his Labradoodles puppies.

Tug Hill Mini Labradoodles are located in Copenhagen, NY. They have been breeding multi-generational micro and mini-Labradoodles for several years now. The Gaines family – owners of Tug Hill – have four awesome home-schooled kids, and the dogs get socialized to children from puppyhood.

Their puppies only go home after 8-10 weeks, during which time they are potty trained, vaccinated, wormed, and microchipped. The best part is they are expecting mini-micro-Labradoodle puppies this spring, so do contact them for a puppy on the details below.

How to Choose a Labradoodle Breeder in Rhode Island 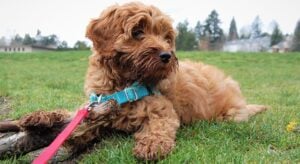 Selecting a good breeder of Labradoodle puppies in Rhode Island can be a huge challenge. A few things to look for: ask to visit their facility and meet their dam and sire. The parent dogs should have a stable and friendly temperament to ensure happy puppies as well.

Try and assess whether the Labradoodle breeders are caring people. Ideally, their puppies should be brought up at home and not kept outside in kennels. Don’t hesitate to ask the breeders about the health tests they conduct on their breeding dogs. Good breeders will always check their Labradoodles for hip, elbows, heart, and eyes and get them tested through OFA and CERF tests. 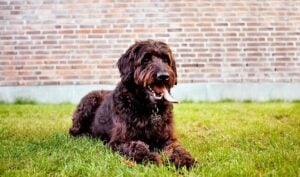 Labradoodles are hypoallergenic dogs, thanks to their non-shedding coats. They make ideal pets for people with allergies to dog dander, asthma, and other allergies. Labradoodles are a mix of Labradors and Poodles. Depending on the Poodle parent, you can have three sizes: micro/mini, standard, and medium.

The breed inherits both parent breeds’ intelligence and easy trainability, and they also get along well with kids. This makes them a popular choice as pets in the United States and across the globe.

The search for healthy Labradoodle puppies in Rhode Island starts with a search for a reputed breeder. Good breeders genuinely care for their dogs’ well-being. They are not some unethical backyard breeders that breed irresponsibly; rather, they put in years of effort to study the breed and retain its best characteristics. We hope the above list of top Labradoodle breeders in Rhode Island helps you get started.

For more guides similar to this list of breeders with Labradoodle puppies in Rhode Island for sale, you can check out:

Before you bring home a Labradoodle puppy from a breeder in Rhode Island, you can learn more about this dog breed by watching the “Labradoodle Dog Breed Guide” down below: