Here’s what you need to know if you’re searching for the best Bichon Frise breeders in the UK (United Kingdom). These endearing and adorable dogs originated in mainland Spain.

Cleopatra loved them. According to legend, Spanish sailors took these small dogs aboard their ships to Tenerife, where they were called Bichon Tenerife for centuries.

They were sold or traded as gifts. In the 16th century Spain, the Bichon was also depicted in portraits of the French aristocracy. After the Bichon seemed to become scarce for a while, some could still be found in circuses and at fairs.

Therefore, they became known as the dog of the streets. Bichons are very acrobatic and clever, so they did very well in the circus. The breed also has a very attractive appearance with a black button nose, black eyes, and a lovely tail plume carried over its back.

Bichon Frise Puppies For Sale in the United Kingdom

This article will discuss what to look for when selecting‌ ‌a‌ ‌breeding‌ ‌facility. We’ll also recommend four excellent Bichon breeders in the UK so that you can find the right ‌pet.

Since 1985, the breeder has been using the affix “Bobander” (pronounced Bow-band-er) after having bred a dog called The Muffin Man (Blue) from their first litter. Before you could register a kennel name with the Kennel Club, you had to prove you were an active breeder.

You also had to have at least a 1st in PostGraduate with a dog you had bred. And a name like Bobander wouldn’t have become so well-known for its high quality and highly successful Bichons without lots of work and encouragement.

Bobander has bred 14 UK champions so far. The kennel is a small family business, keeping only a few dogs and breeding a few litters. Their Bichons are known for having exceptionally pretty heads and wonderful temperaments.

As responsible breeders, they ensure their Bichons are sound and fit for purpose by regularly testing them under the BVA eye scheme. Having dedicated more than three decades to this beautiful breed, they can confidently provide advice and guidance on all aspects of owning a Bichon. 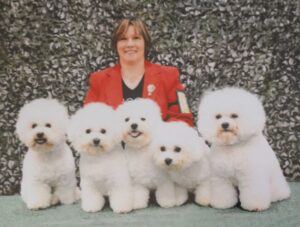 Magnstarai Bichons is an Accredited Breeder of Bichon Frise. The dogs live in the home and are free to run wild. There is a fight for a chair since all Bichons are spread out on the sofa.

These pampered pets are the first family and show dogs second. Whenever one is unsatisfied with shows, the owner will stop showing them. According to her, you don’t force a dog to do something that it’s not happy doing.

Magstarai is a small kennel with only an occasional litter. Therefore, their Bichons and any sold puppies are of the utmost importance. When the mum is ready to mate, she will be taken to the vet for a thorough check-up.

If all is well, a suitable stud dog will be found for her. The goal is to breed happy, healthy Bichons that interact with the whole family. Buying a Bichon is a big decision.

If you have a puppy, you must ask yourself if you have the time and whether you will be at home. This is because they need much attention and should not be left alone for long periods.

Their 11-year-old daughter started to show him and took Reserve Best in Show at his second open show. He won Best In Show at his third show. From then on, they were hooked.

These breeders carefully select their stock to ensure even temperaments and clean genetic lines. In addition, they have only purebred, registered Bichon Frises, which means they are of good quality.

This breeder is unique for monitoring their puppies’ temperament as they grow. By doing so, they can better place each Bichon Frise in the right home. So look no further than Manoir Bichons for a breeder you can trust in the United Kingdom. 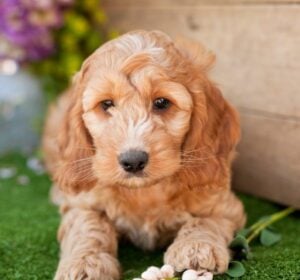 Last on the list of Bichon Frise breeders in the UK is “Kelly’s Kennels.” Kelly’s Kennels is a family-run business that takes great pride in what it does. They have a passion for breeding dogs and have extensive knowledge and experience in this field.

24/7, they devote themselves to it. They are very concerned about their puppies and how they are cared for. In the same way, they love dogs, so do their staff members.

Mrs. Kelly Fenney, the company’s Managing Director, earned a Diploma in Animal Management and Husbandry in 2010. There are vet checks, vaccinations, microchips, flea treatments, and wormings for all their Bichon Frise puppies.

You will receive after-care services to help integrate your new member into your life. In addition, Royal Canine puppy food is provided to every Bichon Frise puppy.

Their breeding establishments are located in Warrington and Northern Ireland. In Northern Ireland, the facility consists of a centrally heated, specially designed building that accommodates all their dogs in a secure, stimulating environment. 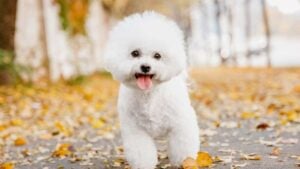 A Bichon is a wonderful breed of dog. They are funny, cute, affectionate, cuddly, and playful. As a plus for allergy sufferers, they don’t shed, are incredibly devoted to children, and look lovely.

What’s not to love. Before purchasing any puppy, please think long and carefully about it. A dog is for life, not just for Christmas, as the saying goes. A Bichon can live as long as sixteen years, which can be quite a commitment for any family.

If you have a young family and take care of your puppy, it can be extremely challenging and time-consuming. Here are a few more tips to help you along your Bichon adoption journey.

Although Bichons are active dogs, they do well in apartments with proper exercise and play – and they enjoy it. However, don’t leave your dog alone for too long. An intelligent owner leaves their Bichon in a crate when they leave the house for even a short time to prevent destructive behavior.

A responsible breeder will screen breeding stock for health conditions such as allergies, urinary tract infections, luxating patellas, cataracts, and other eye conditions.

Those who do not care for their teeth and brush their teeth regularly may suffer from early tooth loss or gum infection. In addition, ears should be cleaned regularly to prevent infections.

Brush your Bichons at least twice a week, but it is wise to brush them every day. In addition, they should be bathed and clipped at least once a month. Those who show their Bichons learn this, but most Bichon owners groom their pets every four to six weeks.

Since shed hair is caught up in the undercoat, the Bichon is considered relatively hypoallergenic since the breed sheds little. To prevent mats from forming, brush out shed hair. It is also important to trim a Bichon’s nails regularly, as with any other breed.

Related: How Long Does Dog Grooming Take and How Do You Groom With a Slicker Brush?

How to Choose a Bichon Frise Breeder in the United Kingdom

Ideally, breeders are honest and transparent. If you ask them any questions about their puppies, they should answer them honestly and with knowledge. Their character does not include publicly vilifying or condemning others. You will be encouraged to seek opinions from all sources, not just those they provide.

Warranty agreements should be pre-existing agreements between you and the breeder that specify precisely what is covered. Both parties should agree on a fair settlement before things turn wrong and emotions run high.

Finding a Bichon Frise Breeder in the United Kingdom 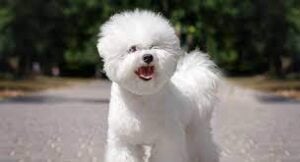 There are several breeders in the United Kingdom of Bichon Frise. There is no way to go wrong with one of the breeders on our list, but if you wish to do your research, several different breeders are available.

We strongly recommend that you choose a Bichon Frise puppy breeder who a veterinarian has inspected. You need to make sure the puppy health check is proper to rule out unregistered breeders and puppy mills.

Conclusion For The “Best Bichon Frise Breeders in the UK”

In the United Kingdom, there are a number of breeders breeding Bichon Frises. It is impossible to get it wrong with one of the breeders on our list, but several different breeders are available if you prefer to do your research.

A veterinarian’s inspection is strongly recommended when choosing a Bichon Frise puppy breeder. To rule out unregistered breeders and puppy mills, make sure the puppy health check is done correctly.

For more guides with mentions of the Bichon Frise dog breed, you can check out:

Before you buy a Bichon Frise from a breeder in the United Kingdom, you can learn more about the breed by watching “The Ultimate Guide to Caring For a Bichon Frise” down below: