The Jackadoodle, also known as the Jackapoo or Jack Russell Poodle Mix, is a relatively popular dog breed that is a mix between the Jack Russell Terrier and Poodle. These two dog breeds have various different sizes and personalities, yet they make a fascinating mix once crossbred. This Jack Russell Terrier Poodle mix is a small to medium dog breed that is affectionate, obedient, and perfect for families who aren’t looking for a large dog.  In addition, the Jackapoo is also typically multi-colored, hypoallergenic, and non shedding.

Check out some other upcoming doodle breeds include: Huskydoodle, Samoyed Poodle, and Chow Chow Doodle. 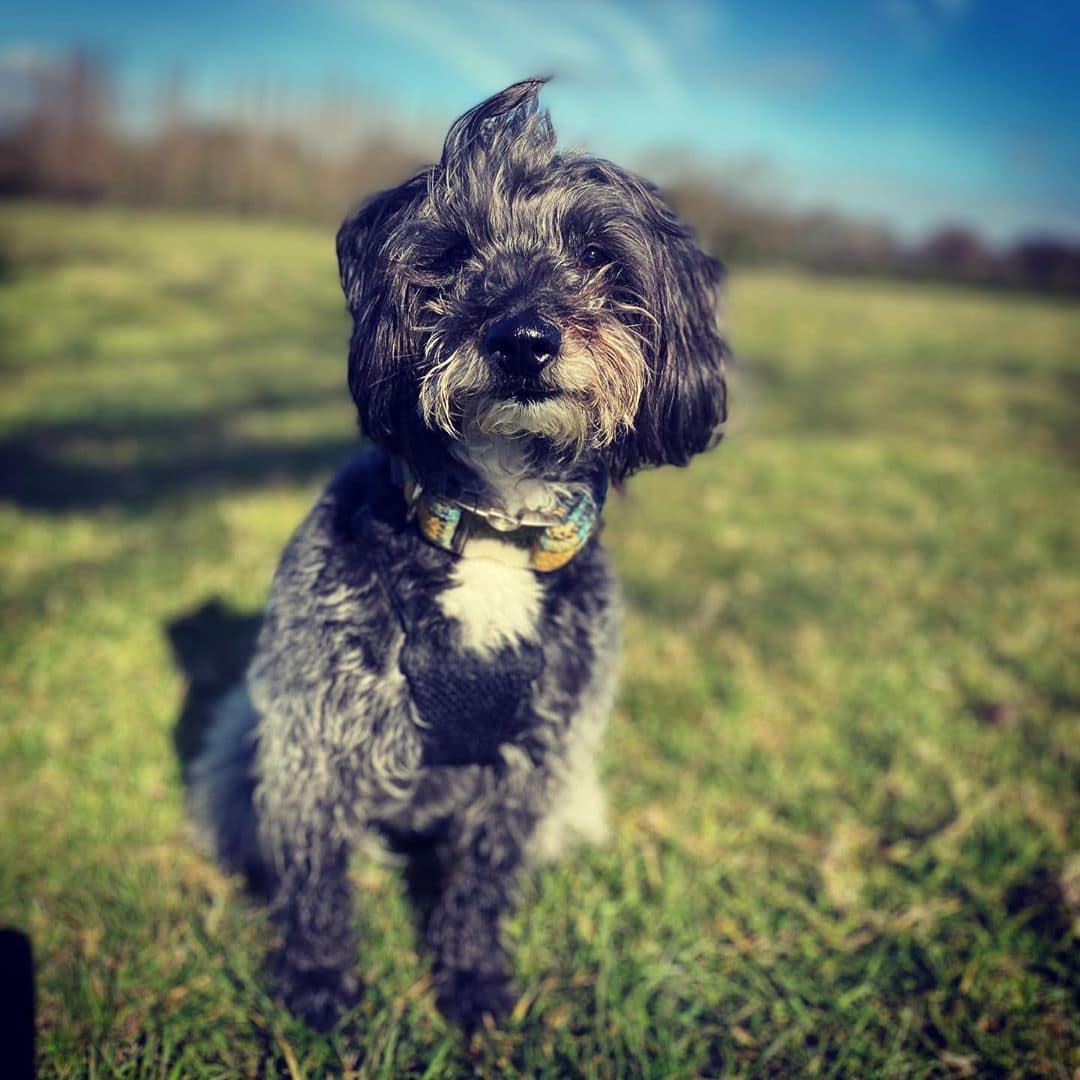 A Jackadoodle is definitely not considered a thoroughbred dog breed, but instead is a mix between two popular dog breeds: The Jack Russell and Poodle. These dogs are typically small and skinny in statue, have relatively high energy, and are very cute. The Jack Russell Poodle mix also loves to play fetch, frisbee, or run around the dog park.  In addition, the Jackadoodle requires at least 30 minutes to 1 hour of physical exercise or mental stimulation per day or they will become bored and may partake in destructive behavior.

Since the Jack Russell Terrier and Poodle mix is not a purebred, the genetics, personality, and sizes can fluctuate. You will frequently observe Jackadoodles that weigh 10 to 30+ pounds stand 10 to 20 inches tall depending on the parent dog qualities. Additionally, the Jackapoo’s coat color can virtually be limitless because the Poodle comes in 11 standard colors. You’ll frequently observe Jackadoodle’s that are dark, tan, or cream. Some Jackadoodle’s even have the Jack Russell Terrier signature white chest and multi-colored face. Since each Jackapoo can look different, this is what makes this breed special and unique. The one aspect we do know is that they will be a charming dog that has a high possibility of being multi-colored 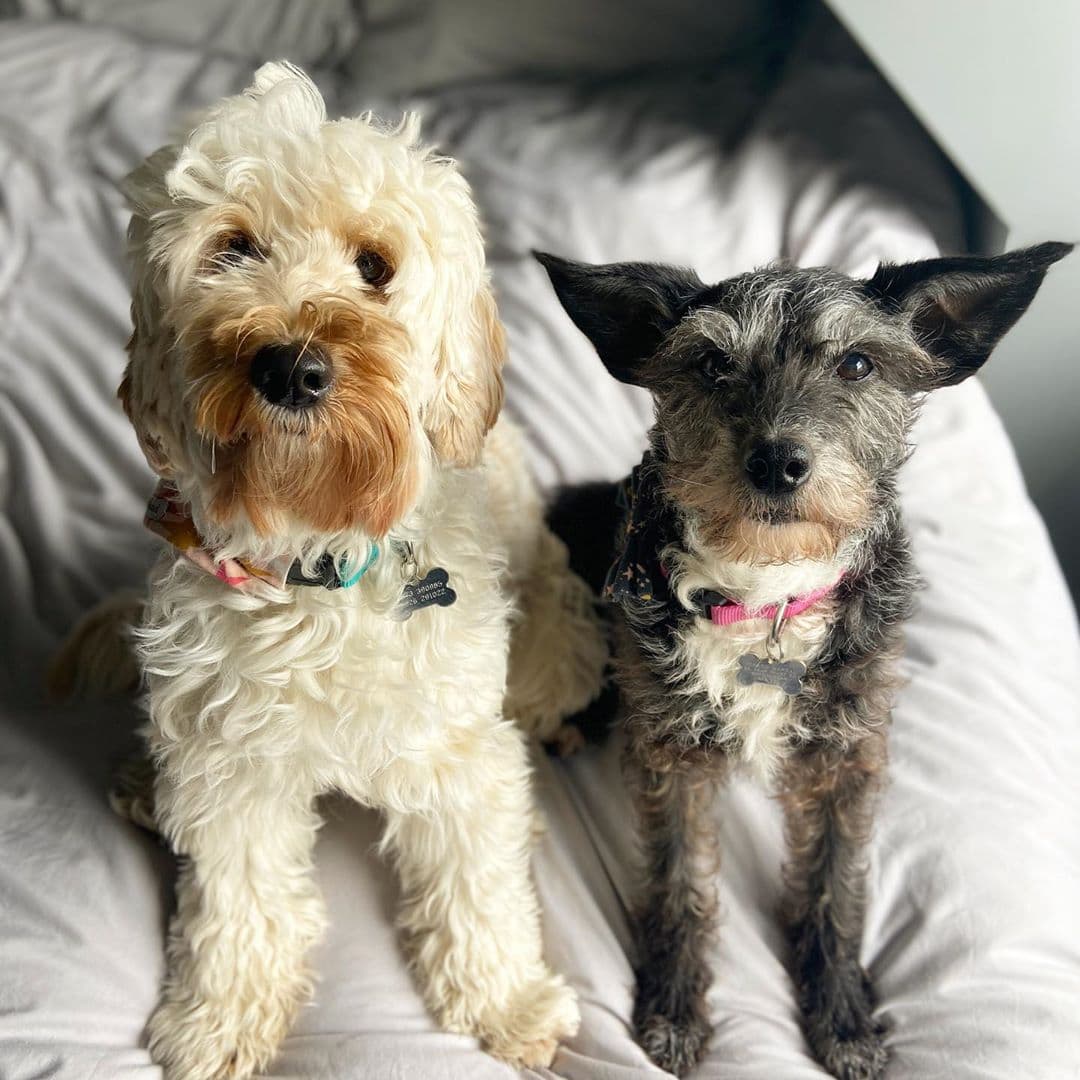 Poodles began in the 1800’s from Europe where they were used to chase and retrieve birds because of their excellent ability to swim. The Poodle Retriever is always in the top 10 dog breeds from the American Kennel Club (AKC) because they don’t shed and are hypoallergenic.

They are one of the most intelligent, charismatic, and dynamic dogs that can range in size from a Toy Poodle to a Standard Poodle. Toy Poodle rangea in weight from 10-15 pounds and stands around 12 inches tall while the Standard Poodle can get as much as 90 pounds and be 24+ inches tall due to their long legs. Because of their intelligent and respectful character, Poodle’s are known to be easy to train. However, if you don’t exercise and mentality stimulate a Poodle they may become disobedient. All things considered, Poodles are a loving, steadfast, and lively dog that is extremely popular. 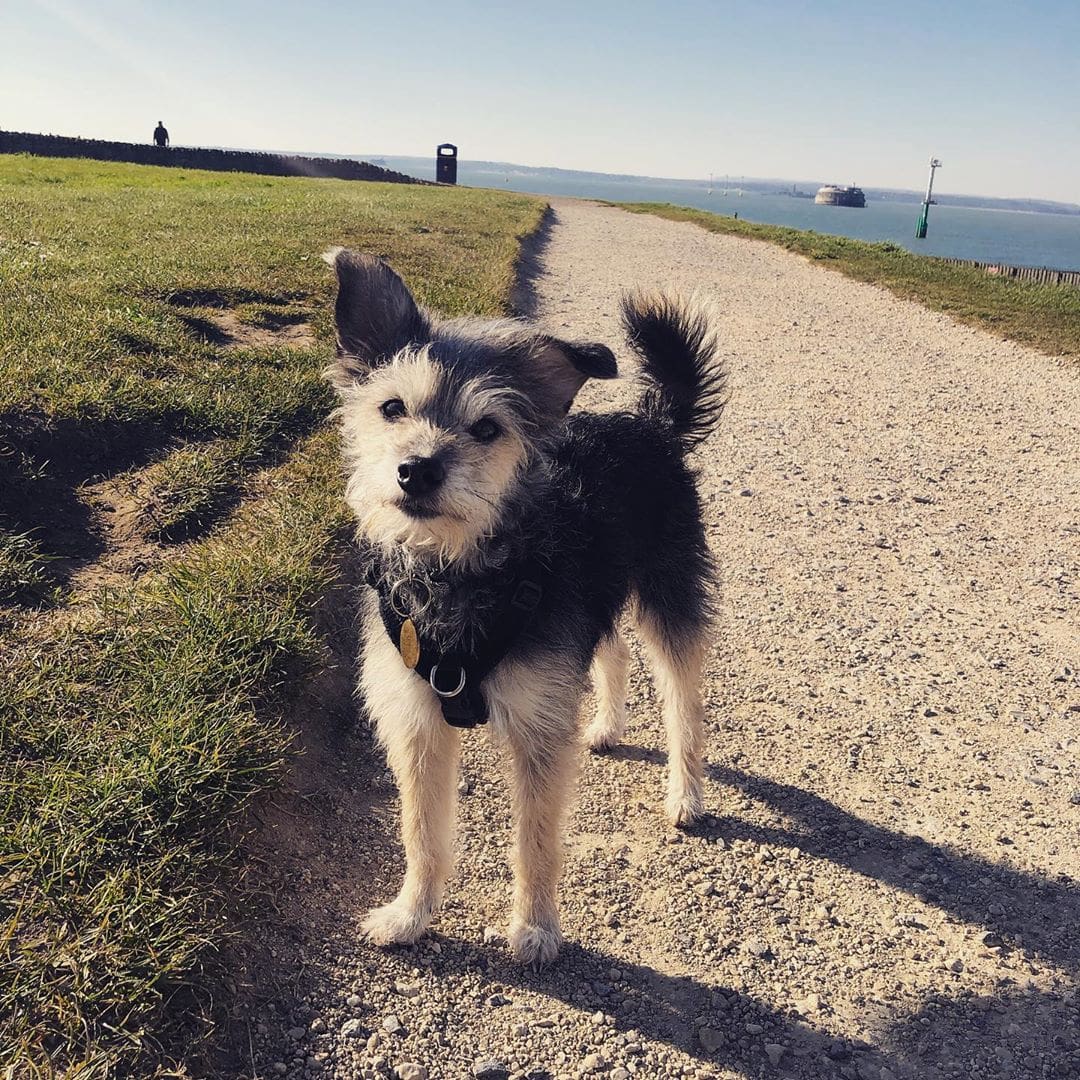 The Jack Russell Poodle mix can come in a wide range of colors, however the most well known colors are black and white, brown and white, and cream and white. Typically, the chest and face area has white shading because of the signature hereditary qualities of the Jack Russell Terrier.  In addition, the Jackadoodle may also have a white color near their paws. The best indicator of a Jackapoo’s colors will be the shade of the parents (mostly coming from the Poodle). Since Poodle’s come in 11 different standard colors ranging from white to apricot to black, the Poodle coloring has the biggest hereditary influence on the Jackadoodle. The Poodle parent regularly dictates the coloring of the Jackadoodle, however, the color can never be predicted 100% due to recessive genes.

The best part of a Jackadoodle is that they inherit genetic traits from the Poodle that make this dog mostly non shedding and hypoallergenic.  These are awesome genetic traits that allow you to vacuum less and have less allergies. The Jackapoo inherits these traits from the Poodle side.  So if you’re looking for a small doodle that is non shedding, hypoallergenic, and loves to fetch this is likely going to be the dog for you. 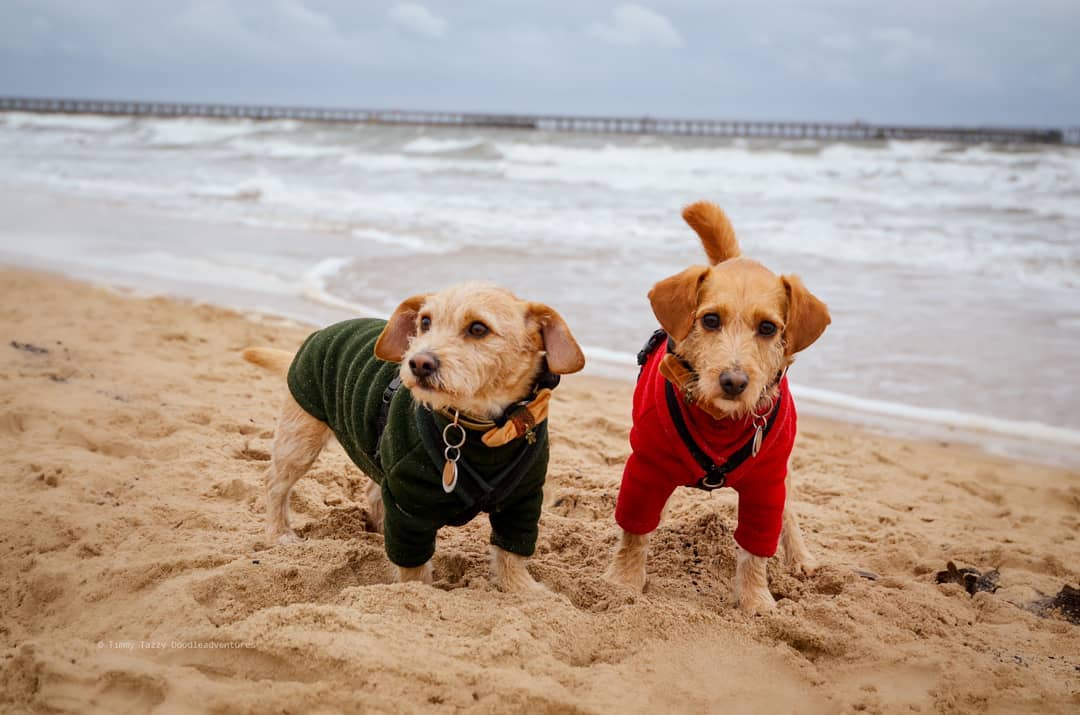 We do know that the Jackapoo will be a relatively active dog breed since both the Jack Russell and Poodle are working canine breeds. With regular exercise, this Jack Russell Poodle mix is a fabulous companion that will be faithful, smart, and adoring. The Jackadoodle isn’t an aggressive dog breed at all, so they play well with smaller children and strangers with proper socialization as a puppy.

As a dog owner, you’ll regularly provide some physical and mental exercises so your Jack Russell Poodle mix can discharge their energy. The Jackadoodle blend will love to play frisbee, fetch balls, hike outdoors, or play at the dog park. You will need exercise your Jackapoo for at least 30 minutes to 1 hour each day.  In addition, horns for dogs to bite on or dog puzzles help to provide mental stimulation. If your Jackadoodle gets bored they may become disobedient and you’ll likely discover the Jackapoo biting different items around the house like the TV remote or shoes.   However, these small dogs are perfect family dogs that can be loving, will cuddle, and love to fetch. 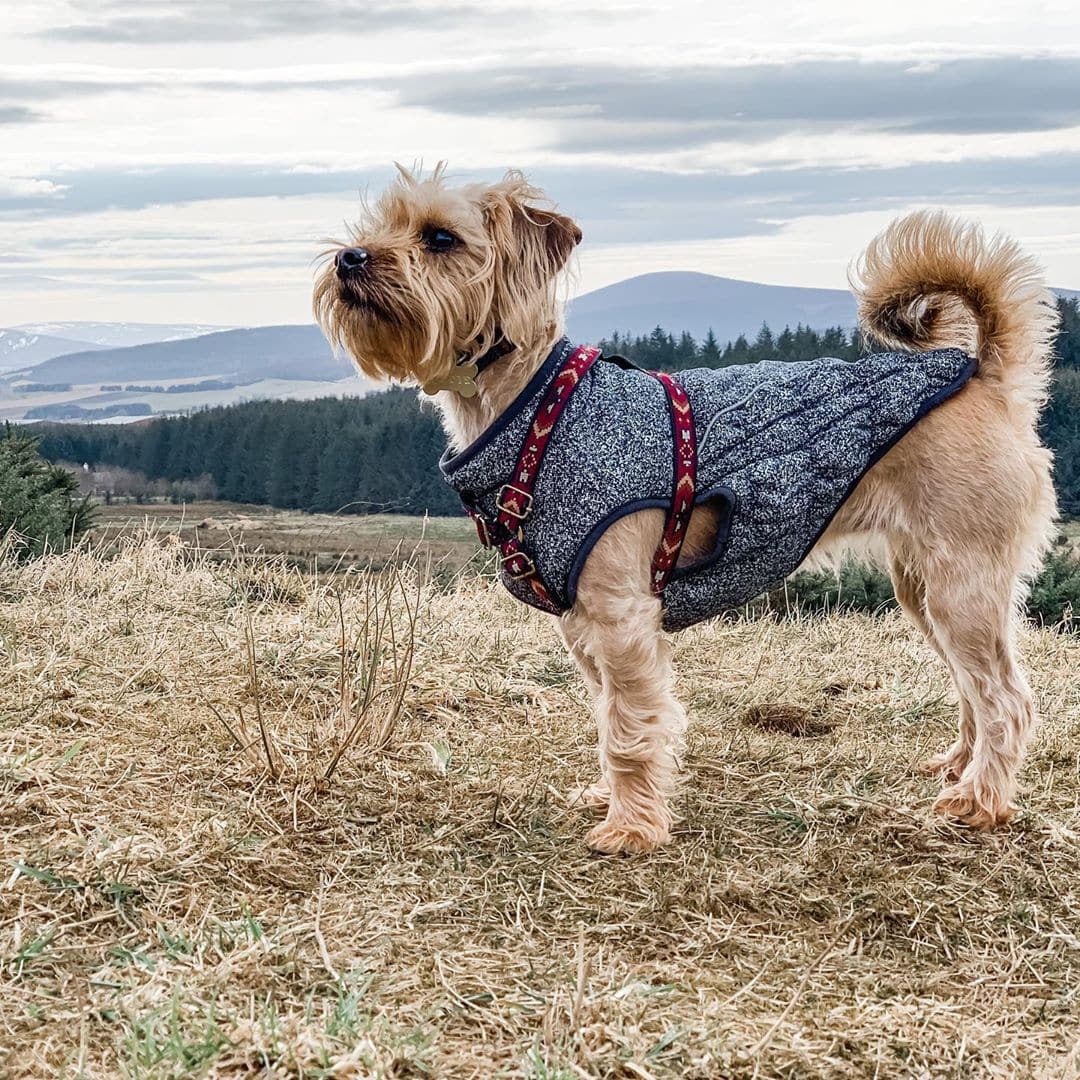 Jackadoodle’s are a relatively popular dog breed between the Jack Russell and Poodle. In no way, shape or form is this a purebred dog, however they have some superb genetic characteristics like being hypoallergenic and non shedding.  In addition, this Jack Russell Poodle mix is often two different colors and comes in a nice small dog size. The Jackapoo is a cute, loyal, obedient, and high energy dog.

Check out our other articles:

What do you call a Jack Russell Poodle mix?

A Jack Rusell Poodle mix is known most commonly as a Jackadoodle or Jackapoo. This isn’t viewed as a purebred dog, however, the Jackadoodle is energetic, adoring, and very trainable. It gets exceptional qualities from the mainstream Poodle and Jack Russell Terrier like being mostly non shedding and hypoallergenic.

What does a Jack Russell Poodle mix look like?

The most widely recognized shades of a Jackadoodle are black, dark brown, or cream colored bodies with white spots on their chest or face. However, the shades of the Jackadoodle can range broadly because of the hereditary qualities of Poodle and Jack Russell. No shading is ever truly ever 100% guaranteed.